A Chance to Help Others 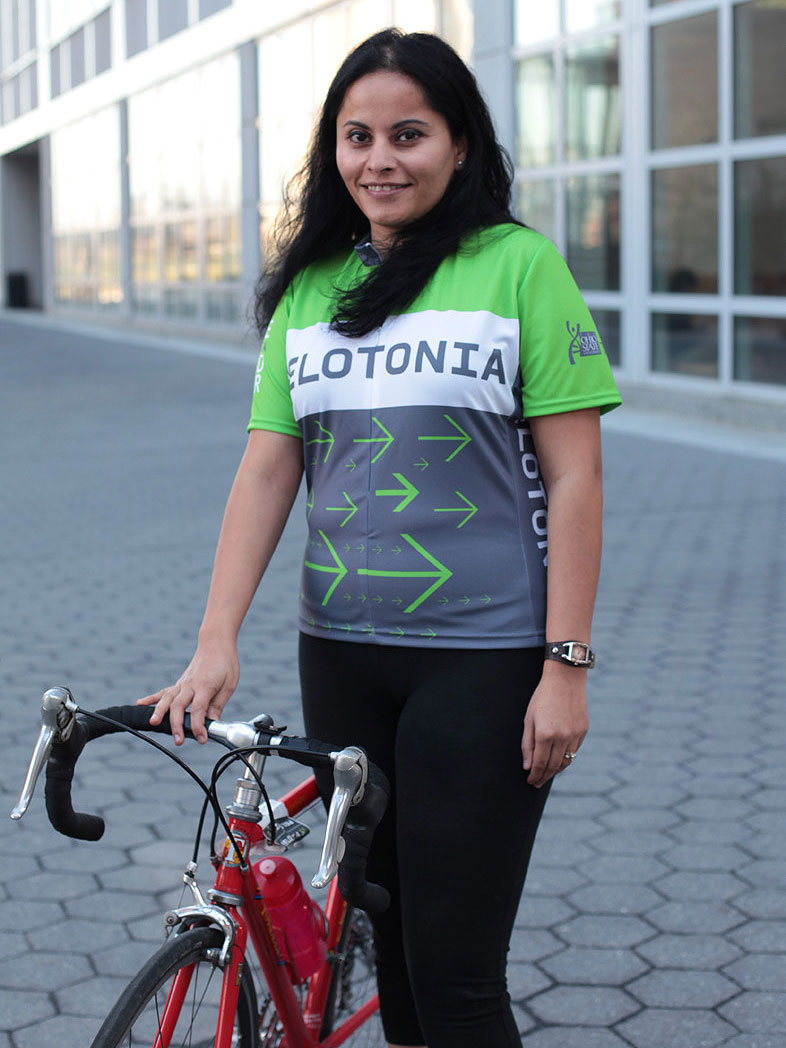 Pelotonia means many things to many people. For cancer researcher and Pelotonia-rider Anjali Mishra, PhD, it’s a chance to help others.

“The first time that I signed up for Pelotonia, I did not fully understand the commitment and dedication needed to raise funds for cancer research,” Mishra says. “But the first opening ceremony changed my perception of this grassroots event, which brings together people from all walks of life for one goal: to beat cancer. It was fantastic, exciting.”

Mishra has ridden all three Pelotonia events, which have taken her along the back roads of central Ohio. What she hadn’t anticipated, however, were the benefits of raising the funds each rider pledges to donate.

“We organized a number of fundraising events, and for me, a foreigner, each one offered an opportunity to interact with local people. Last year, in addition to bake sales, we painted a barn that belonged to the grandparents of a colleague. The money we raised from that went straight toward my fundraising goal.”

The first year, Mishra rode the 43-mile route, which she rode again the second year because of an injury. “My biggest Pelotonia challenge was overcoming a fear of biking on hills,” she says.

“Last year there were some 4,000 bikers, and I rode 102 miles, which was pretty good…and those hills were really very, very cool! I plan to ride 180 miles this year in Pelotonia 12, for sure,” she says.

Mishra is a researcher in the laboratory of Michael A. Caligiuri, MD, director of Ohio State’s Comprehensive Cancer Center and CEO of The James Cancer Hospital and Solove Research Institute. She is working to discover new models for the study of highly aggressive leukemias and lymphomas.

“We’re trying to identify novel molecular pathways that we can exploit as targets to develop new therapies for these incurable diseases,” she says.

Mishra earned her PhD at Hannover Medical School in Germany. She worked in a pediatric clinic where she saw many small children with very aggressive leukemia.

“There was no cure for those kids,” she says. “We could prolong their life for a time, but their quality of life was not what it should have been. Those were the patients that affected me most, and when I think about cancer, and when I’m riding in Pelotonia, those kids pop in front of my eyes. That is who I think about.”

Those children come to mind, too, when she watches cancer-research funding fall. “As a researcher, I know that our funding is much lower now, which means we cannot do the large experiments that we need to do. We had to do something about it, and this is what’s really great about Pelotonia: It brings people together from all walks of life to raise money for cancer research. This is why I’m a proud supporter of Pelotonia and The James, because they are leading a charge against cancer.

“Pelotonia is a fantastic cause,” Mishra says. “A hundred percent of the money raised goes to cancer research. The money stays here in Ohio, but the research that the money supports will be available to people suffering from cancer on any continent. That is the great thing about it. This research will go around the globe.”