When the writing is on the wall… turn to a bicycle

Let’s say you’re the director of a major National Cancer Institute-designated Comprehensive Cancer Center. Your mission is to find cures and improve cancer diagnosis, treatment and prevention, but you watch as federal research support drops year after year as the NCI funds fewer and fewer proposals, and the level of funding per proposal is less and less. There is no improvement in sight. What do you do?

Michael A. Caligiuri, MD, director of Ohio State’s Comprehensive Cancer Center and CEO of The James Cancer Hospital and Solove Research Institute (OSUCCC – James), found himself pondering that question six years ago, and as he did, the wheels began to turn.

Reductions in cancer-research funding came into sharp relief in 2006 when the National Institutes of Health budget was $62 million less than fiscal year 2005, the first cut in real dollars in 36 years. In 2007, the NCI budget was cut by $40 million.

In 2008, the NCI lost another $36 million, representing a 1-percent drop. The reduction seems insignificant—until inflation, running at about 3.5 percent, is factored in. The reduction then comes closer to $200 million.

Today, grant funding is intensely competitive. There are 20 percent fewer funded investigators than in 1980, and young researchers are receiving their first NCI research grant at the discouraging average age of 42, up from age 36.

Caligiuri grew concerned about the threat this funding gap posed to cancer research and to the training of talented young people who would become the cancer researchers of tomorrow. He reached out to the community with a plan to raise money for cancer research through an inspiring and emotional cyclingevent called Pelotonia.

The name is inspired by the French cycling term “peloton,” which describes a cluster of cyclists riding in formation, working together to benefit from reduced wind resistance and other efficiencies. Likewise, Pelotonia the cycling event enables the community to work together to fight cancer.

“Pelotonia reflects a commitment by the community and the state of Ohio, and by our thousands of riders and volunteers, to the fight against cancer,” Caligiuri says.

The 2009 inaugural event was underwritten by a gift from NetJets, Inc., a private-jet charter company based in Columbus. The gift established Pelotonia as a nonprofit organization headed by CEO Tom Lennox, formerly head of communications at Abercrombie & Fitch, and it enabled 100 percent of all donations raised by cyclists to support cancer research at the OSUCCC – James. Subsequent Pelotonias have been supported by gifts from Huntington, Limited Brands Foundation, Peggy and Richard Santulli, American Electric Power Foundation, Nationwide Insurance, Cardinal Health and Chemical Abstracts Service. Thanks to these generous gifts, all funds raised by riders and individual donors are dedicated to cancer research at the OSUCCC – James.

Pelotonia was inspired in part by the Pan-Massachusetts Challenge, the largest single athletic fundraising event in the United States. Established in 1980, the Pan Mass Challenge is an endurance cycling event that benefits the Dana Farber Cancer Institute. In 2008, the event raised approximately $33 million. Pan Mass founder and executive director Billy Starr collaborated with Pelotonia’s leadership to organize the Ohio event.

Pelotonia’s 2009 inaugural event attracted 2,265 cyclists from 31 states and Canada. They ranged in age from 11 to 77 and raised more than $4.5 million for cancer research at the OSUCCC – James. More than 1,000 volunteers assisted the riders along the way.

The following year, Pelotonia 10 attracted 4,047 riders and raised $7.8 million. Enthusiastic support continued last year as well, when 4,986 riders from 38 states and four countries, along with 1,700 volunteers, participated in Pelotonia 11, which raised a record $13,108,639 for cancer research at the OSUCCC – James, a 68-percent increase over the 2010 total. The three-year fundraising total is approximately $25.5 million.

“Pelotonia funds are making a difference, not just for our time but for all time,” Caligiuri says. To learn more, download the Pelotonia Funding Achievements and Investment Report. 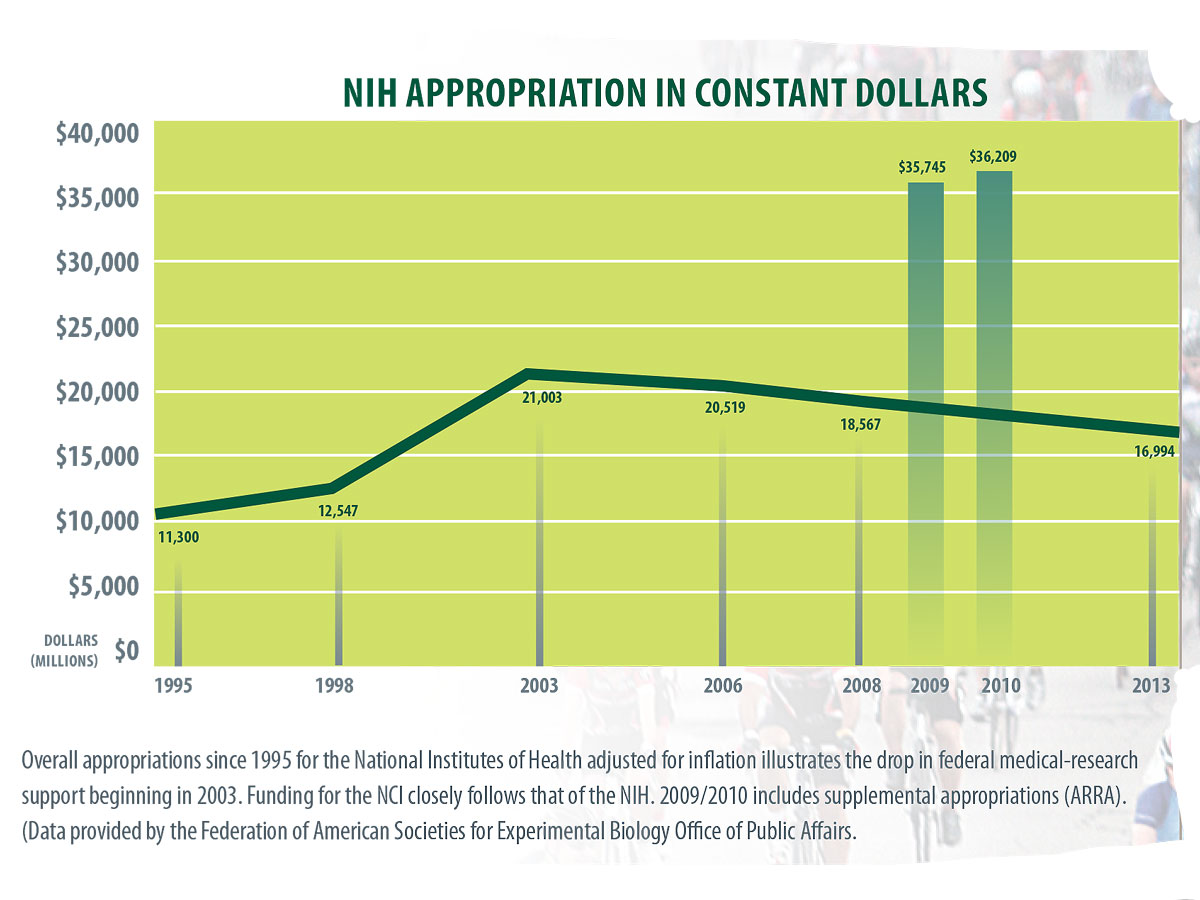