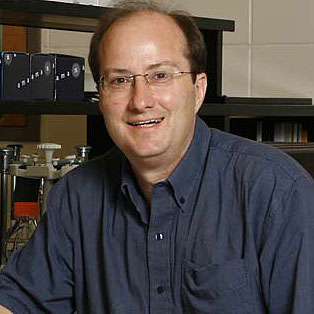 Hepatocellular carcinoma, or liver cancer, kills an estimated 549,000 people annually worldwide. Recent findings by researchers at the OSUCCC – James and the Mayo Clinic show that it is possible to target and block a microRNA that is important in the disease, perhaps offering a new therapy for the malignancy.

The animal study focused on microRNA-221 (miR-221), a molecule that is consistently present at abnormally high levels in liver cancer.

To control the problem molecule, researchers designed a second molecule as a mirror image of the first. The mirror molecule, called an antisense oligonucleotide, selectively bound to and blocked the action of miR-221 in human liver cancer that was transplanted in mice. The treatment significantly prolonged the animals’ lives and promoted the activity of important tumor-suppressor genes.

Schmittgen and colleagues injected liver cancer cells labeled with the luminescent lightning-bug protein known as luciferase into the livers of mice, then used bioluminescence imaging to monitor tumor growth. When the tumors reached an appropriate size, one group of animals received the anti-miR molecule while the other group received a control molecule.

Published in the journal Cancer Research.