Time often passes faster than the countryside on a Pelotonia downhill.

I find it amazing that Pelotonia, our annual grassroots bicycle tour to raise money for cancer research at the OSUCCC – James, will turn 6 years old in August. Even more remarkable is the incredible response the community shows at each event, the growing number of riders and volunteers, and the people along the road cheering the riders on.

Also telling is the extraordinary support reflected in the money the ride generates. We originally hoped to raise $39 million within our first five years. Then the community responded, and we surpassed that goal in four years, raising more than $42 million. As of last year, Pelotonia has raised more than $61 million.

That is an extraordinary sum, and this special Pelotonia issue of Frontiers gives a good idea of how we are using it. It supports work that is making new discoveries, new treatments, new ways to diagnose and prevent cancer, and new strategies for improving quality of life.

These advances are coming from talented people at the OSUCCC – James who live right here in Ohio. They could be neighbors, friends and fellow Pelotonia participants. Pelotonia funds also help us recruit new talent and expertise to build on these incredible minds and to advance research at our cancer center.

Pelotonia 14 will happen Aug. 8-10, and it will be especially memorable. It precedes an important phase in the history of Ohio State’s cancer program. In September we will receive the keys to the new James Cancer Hospital and Solove Research Institute, which will open to the public in December. The new hospital has many design innovations that more closely unite our triple mission of research, patient care and education.

Please join me this August as a rider, a virtual rider or a volunteer in Pelotonia. And when you come to Columbus, watch for our stately, stunning and solid new 21st century cancer hospital. When you do, know that Pelotonia helps support the expertise and research that that building represents. Working together, we can move closer to our ultimate goal of a cancer-free world. 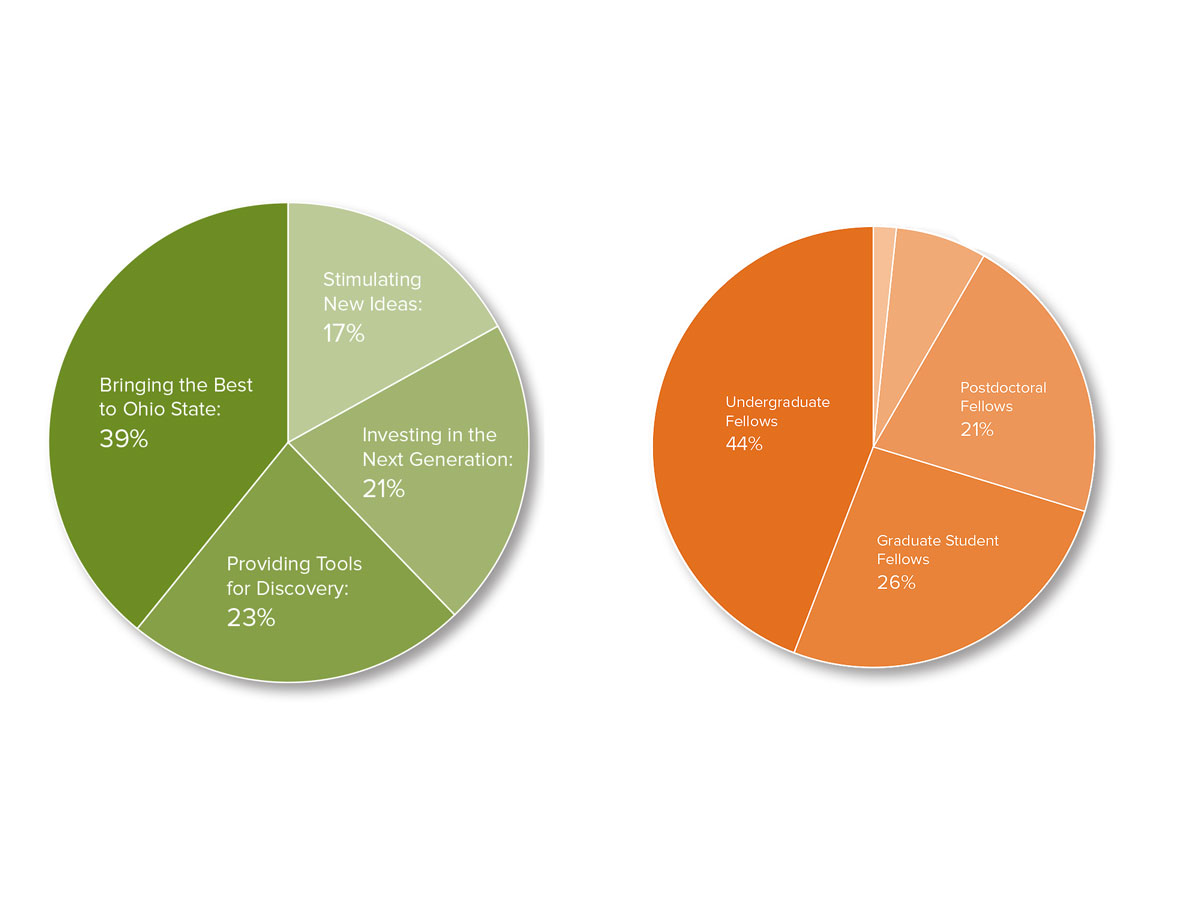 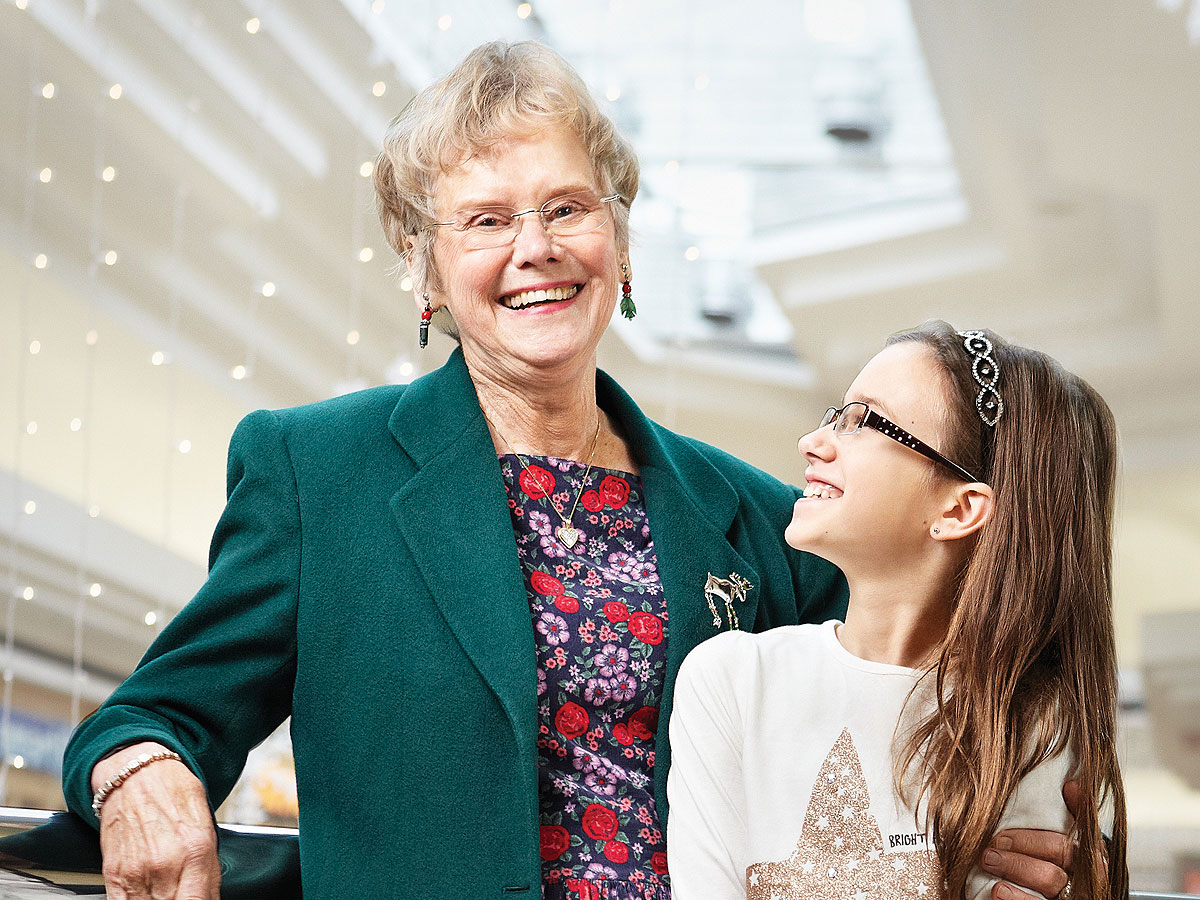 On her 70th birthday in June 2012, Judy Hileman, a Kansas native with a PhD in nursing, was diagnosed with chronic lymphocytic leukemia (CLL). 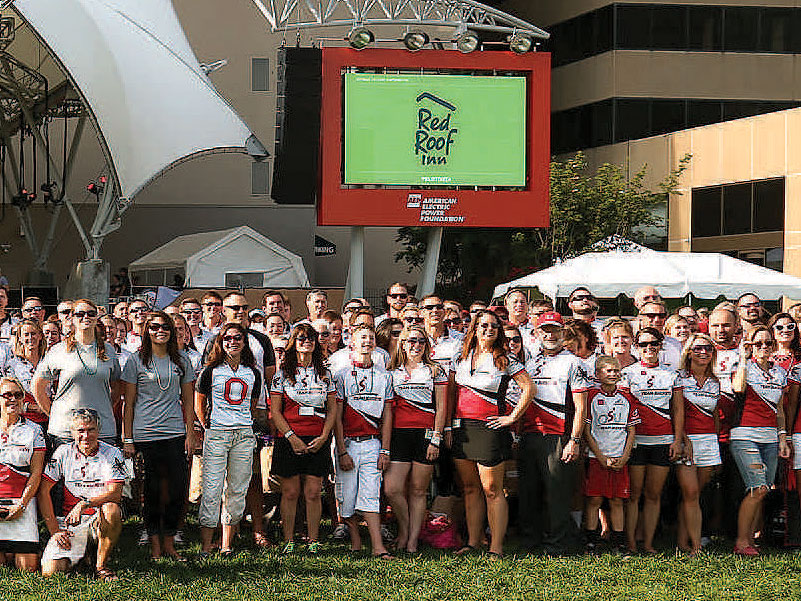 Perhaps the greatest benefit of the Pelotonia Fellowship Program is fueling interest in cancer research among Ohio State students at all levels of training.

Cancer research is a process. A researcher or physician-scientist makes an observation in the laboratory or clinic, then asks, “Why did that happen?” Or, “How can we improve that?” Then they will conduct experiments to test their hypothesis. 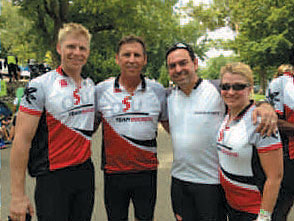 Apart from caring for his wife Kari and their six children, defeating cancer is the life-passion of Theodoros (Ted) Teknos, MD.

In the 1980s, it took 10 years for a scientist to study one gene. Today, scientists can study 20,000 genes in a week. That change emerged during Sameek Roychowdhury’s medical training and sparked his interest in genomics and its potential for treating cancer based on the gene changes in a patient’s tumor. 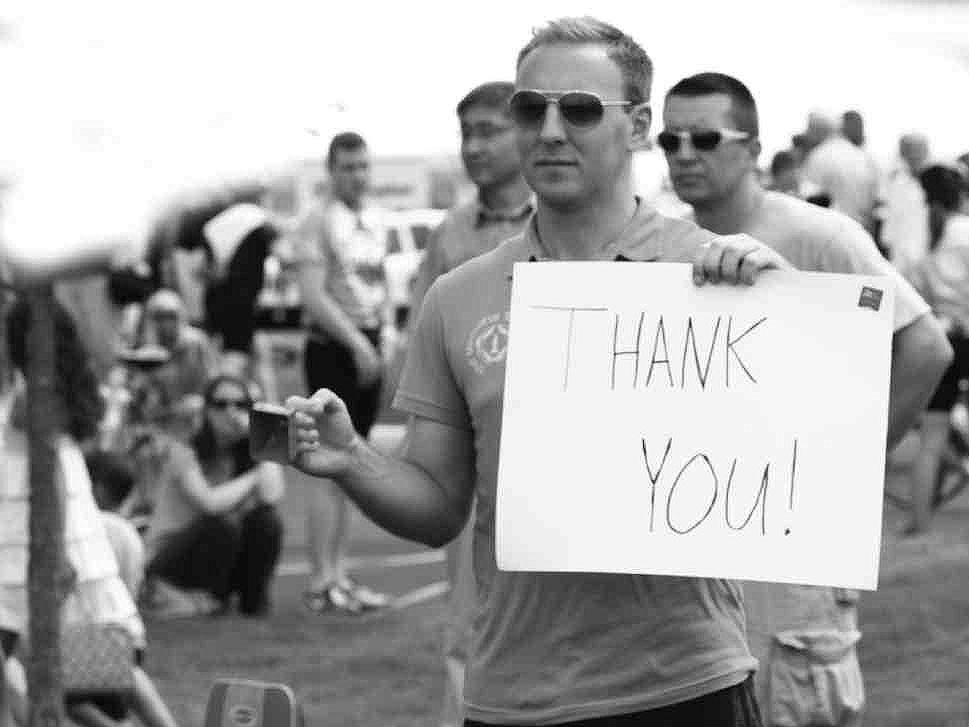 The promise of Pelotonia is revealed in part by the discoveries made by teams of OSUCCC – James researchers who receive support from the annual event. Here are four examples. 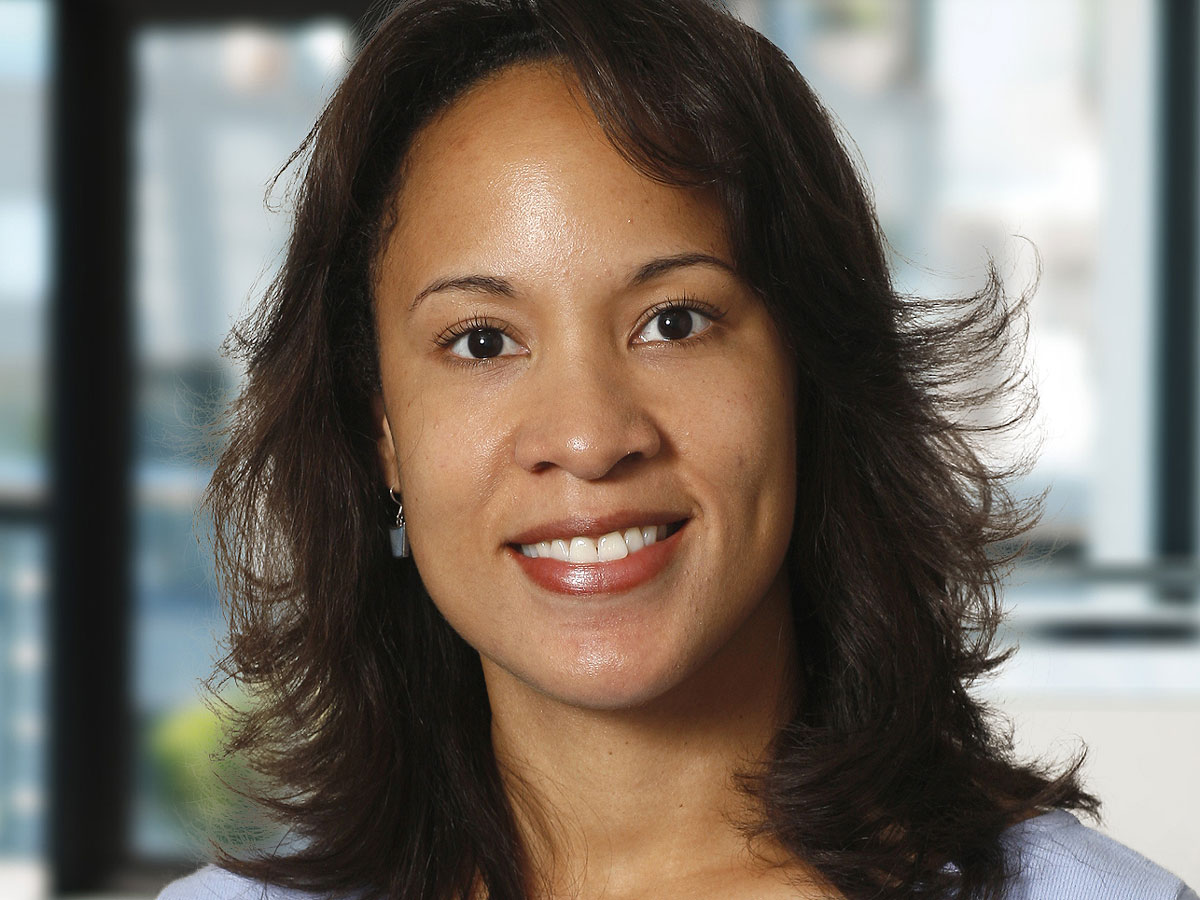 Clinical trials demonstrate the safety and effectiveness of new treatments. Here are two Pelotonia-supported trials at the OSUCCC – James. 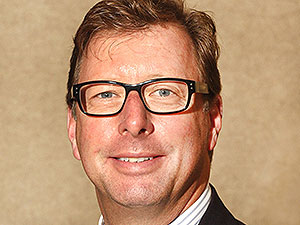 In 2011, the OSUCCC – James collaborated with the colleges of Medicine, Pharmacy and Business to organize The Ohio State University Drug Development Institute (DDI). 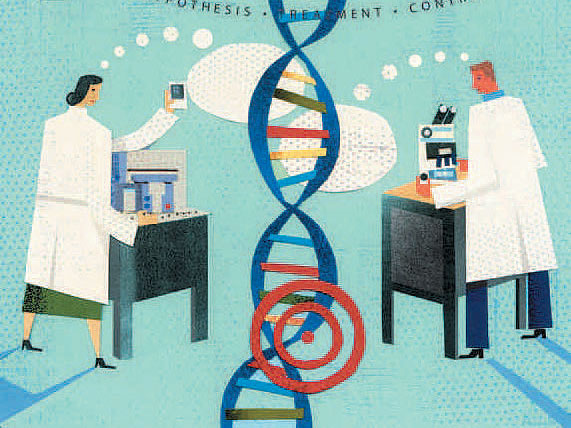 Progress in cancer research – the process of moving from an observation made in the laboratory or clinic to discoveries that help patients – requires expensive technology and priceless biological samples such as tumor tissue and blood from patients.

From Pool to Pelotonia 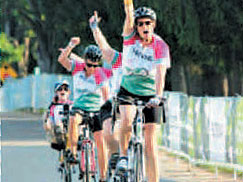 Emily Marsh-Fleming, 38, a national champion synchronized swimmer while an Ohio State undergrad from 1994-97, was well into her cancer journey when she decided to participate in Pelotonia 11. 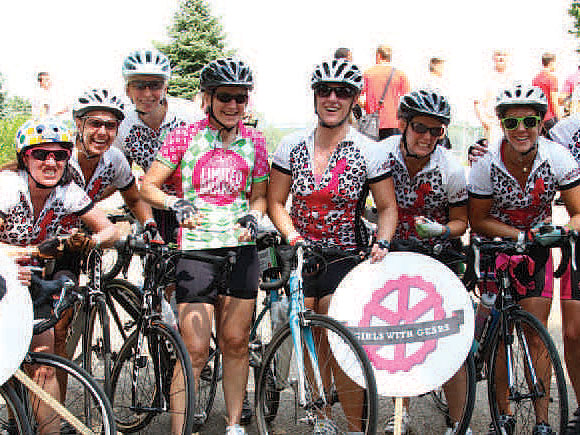 Funds raised by Pelotonia have helped recruit and retain some of the brightest minds in cancer research to Ohio State. Here, we highlight two of the renowned senior physician-scientists formerly at MD Anderson Cancer Center who were recruited to Ohio State in the past year with Pelotonia funds.