Excitement builds with the annual approach of Pelotonia weekend, but everyone associated with this amazing event knows that it’s really a year-round venture.

Pelotonia, which began in 2009, has raised more than $106 million for cancer research at Ohio State. The event hinges not only on a climactic two-day bicycle tour each August by thousands of cyclists on routes of up to 180 miles between the Columbus area and Gambier, Ohio, but also on an abundance of grassroots fundraising that takes place throughout the year.

Besides riders and virtual riders seeking pledges and donations to support their ride or peloton (riding group), this fundraising effort comprises a multitude of events and initiatives—some large, some small, some traditional and some incredibly creative. The one thing they all have in common is their invaluable contribution toward Pelotonia’s one goal: end cancer.

Here are four examples of fundraising events created by members of Team Buckeye, the official superpeloton of The Ohio State University:

Imaginative fundraisers aren’t solely the domain of Team Buckeye—far from it. Events sponsored by Pelotonia’s many other pelotons, riders and family members range from designated “jean days” at work, to Vacation Bible School collections, to poker runs, to dog kisses, in which people pay to smooch a pooch owned by a young girl whose parents ride in Pelotonia and who donates the proceeds to our cause.

The ambitious creativity of Pelotonia participants perfectly matches our drive to pursue a cancer-free world. I believe we’ll get there some day. It’s a long haul, and I’m grateful to all who help lighten our shared journey 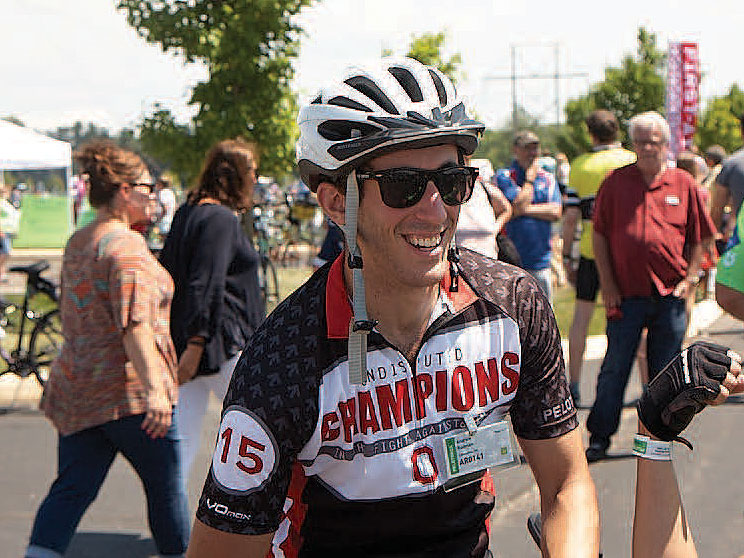 Riders, virtual riders and donors in Pelotonia 15, the seventh installment of an annual grassroots bicycle tour that generates money for cancer research at Ohio State, raised a record $23,659,675 and boosted the seven-year total for this event to $106,055,015. 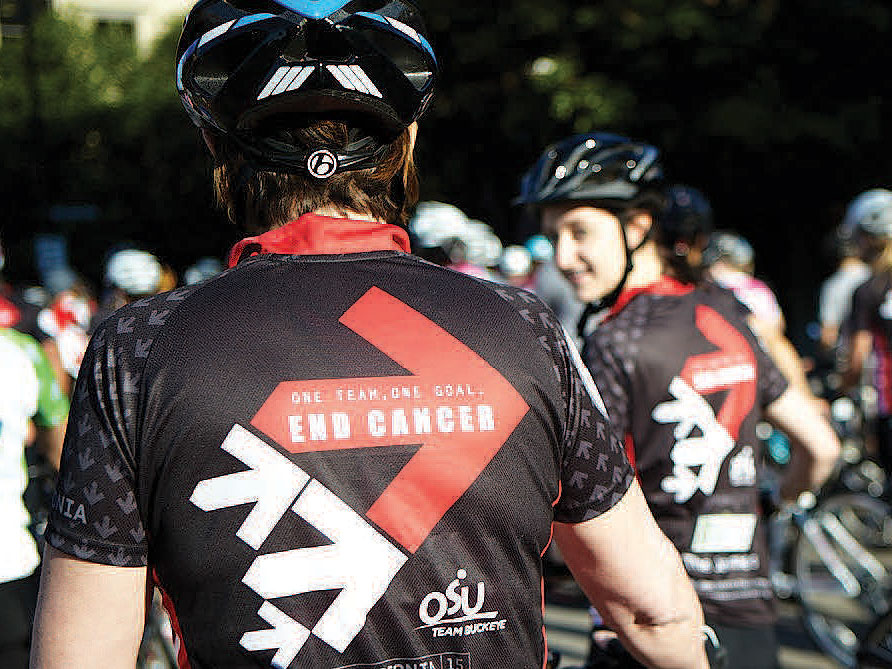 Radiation is often used to treat glioblastoma, the most lethal form of brain cancer. The treatment kills the great majority of the cells it strikes, but it usually can’t kill them all because radiation doses are limited by the need to minimize damage to healthy brain cells. 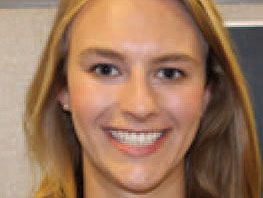 Each year the Pelotonia Fellowship Program allots $2 million to help promising Ohio State students in any discipline or level of scholarship who want to conduct cancer research in the labs of OSUCCC – James faculty mentors. 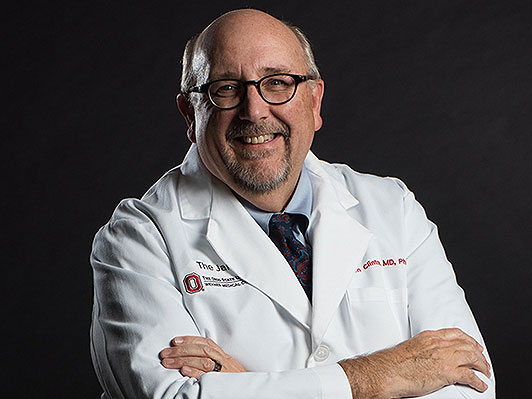 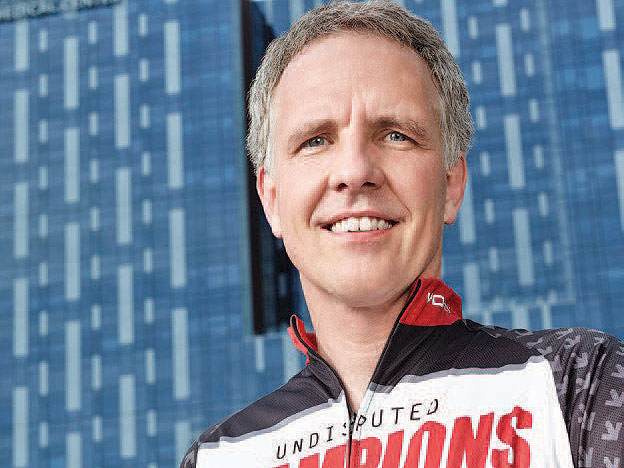 Roman Skoracki, MD, came to the OSUCCC – James about two years ago from The University of Texas MD Anderson Cancer Center. 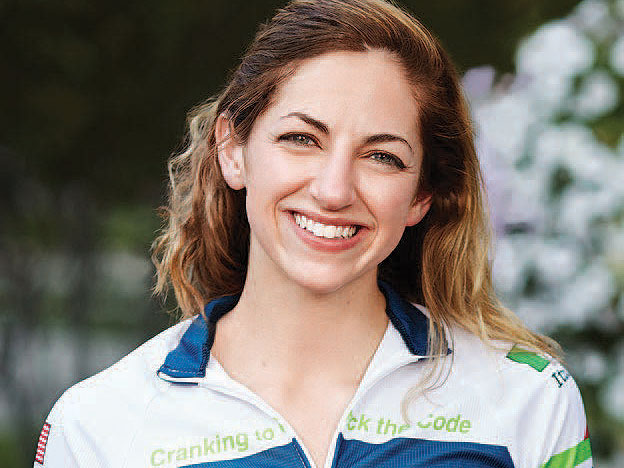 Emily Smith expected to follow her interest in infectious diseases when she entered Ohio State’s graduate program in 2012. But her academic adviser recommended that she first try something different. 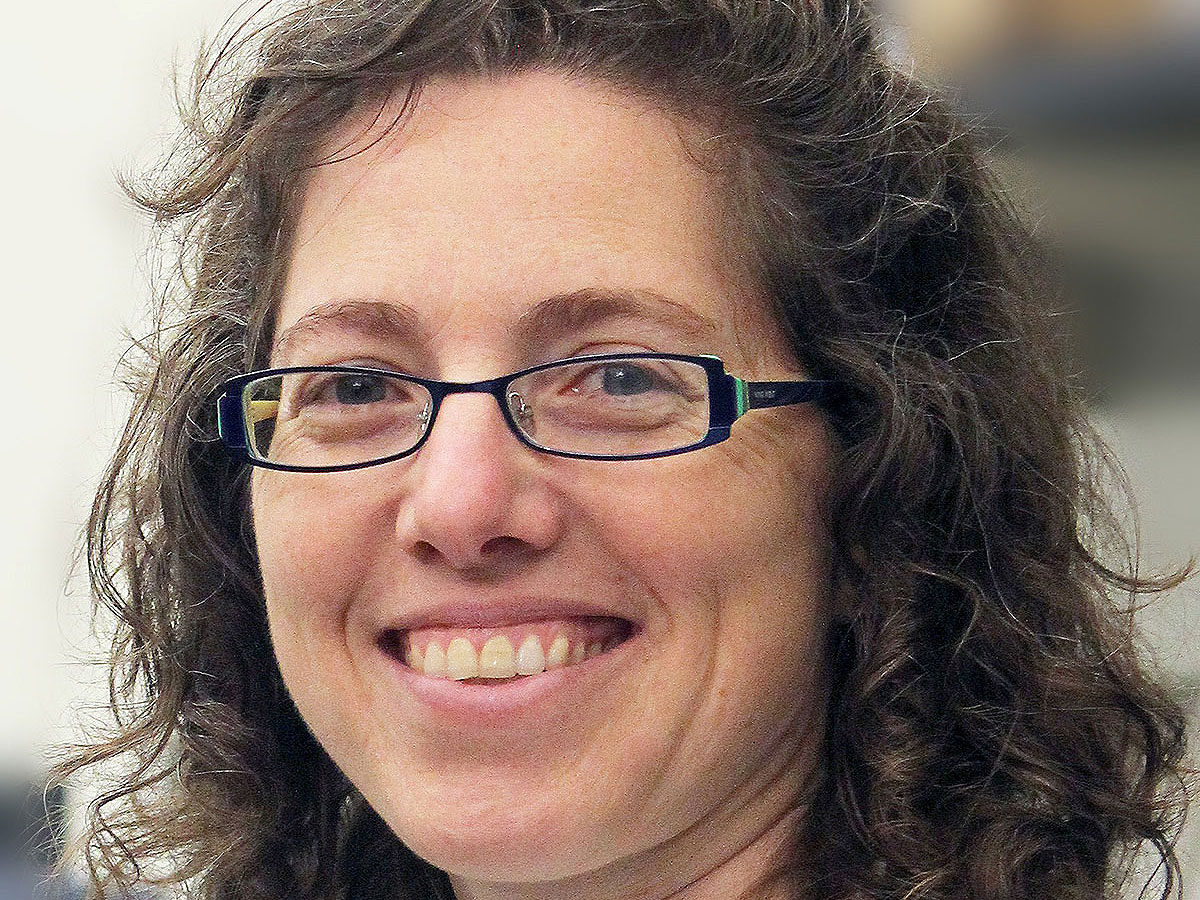 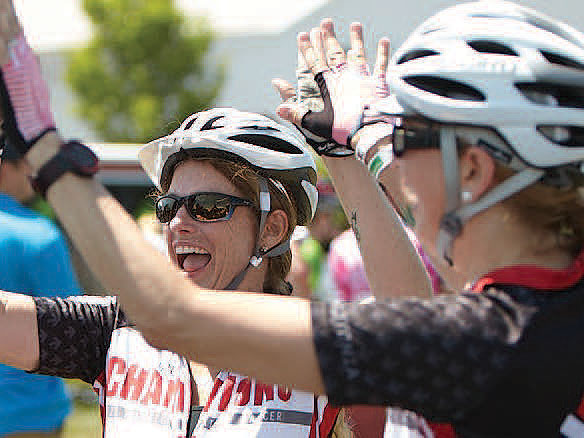 Clinical trials are the gold standard for evaluating the safety and effectiveness of innovative new therapies in humans. Here are two examples of Pelotonia-supported clinical trials under way at the OSUCCC – James. 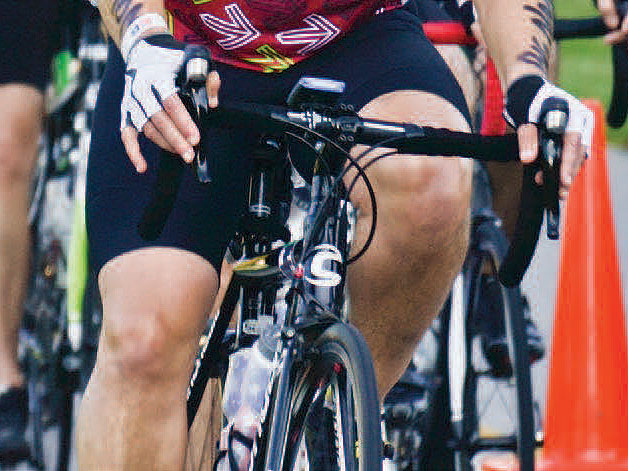 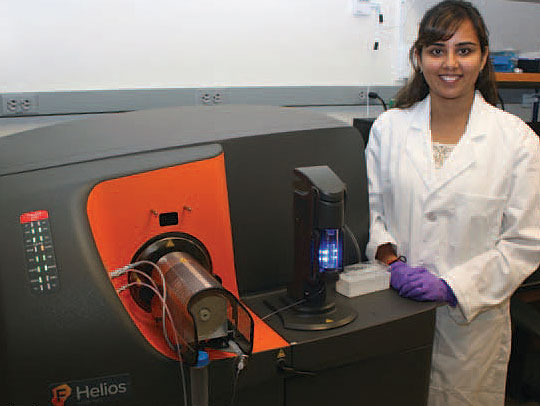 A technology called flow cytometry has been a mainstay of cancer research for decades. It tells researchers what type of cells they are looking at.

A Ride Replete With Reflection 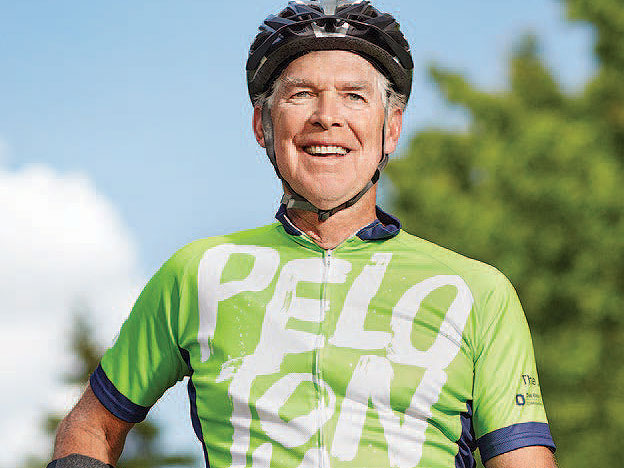 The only time Kent Rinker thinks about surviving cancer is during his annual Pelotonia ride. He also thinks about his father and several friends who had cancer but were “not as lucky and are no longer with us.” 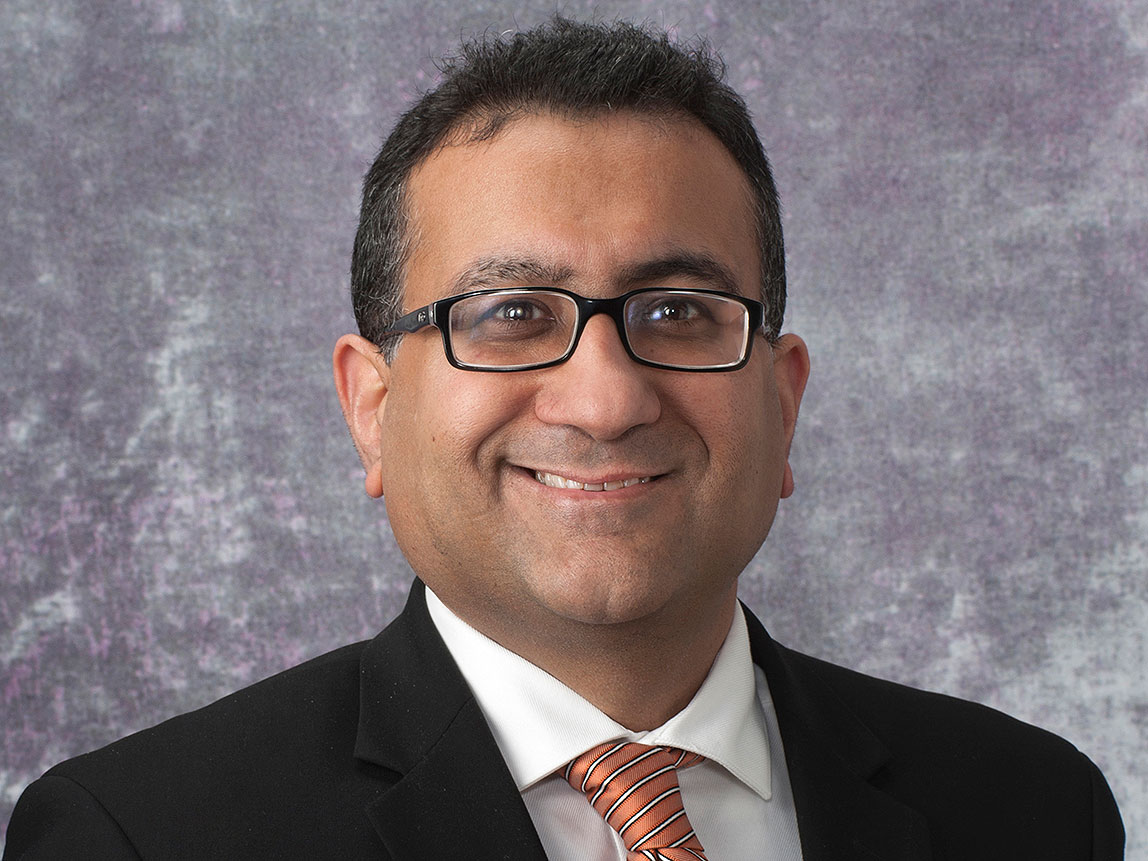 The OSUCCC – James attracts some of the brightest minds in cancer research, and Pelotonia dollars help them continue their studies when they arrive. Among those recruited in 2015-16 are these prominent senior researchers. 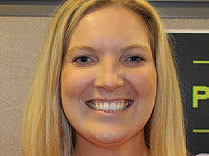 "Beating the Blues” is an online intervention designed to treat depression and anxiety. It is based on cognitive-behavioral therapy, and it provides ways to better manage mood, stress and anxiety, the researchers say.