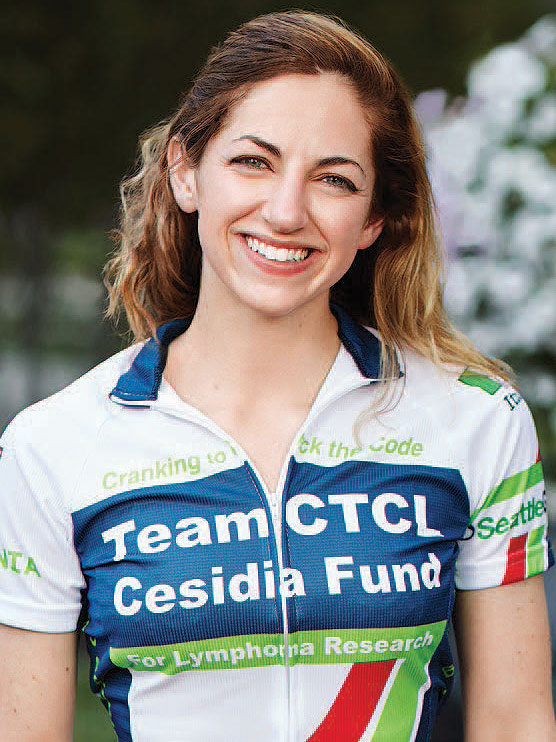 Emily Smith expected to follow her interest in infectious diseases when she entered Ohio State’s graduate program in 2012. But her academic adviser recommended that she first try something different.

She spent more than a month in the Division of Hematology, then reported back to her adviser, Joanne Turner, PhD, professor of Microbial Infection and Immunity. “I tried the rotation,” she said, “and I’ve decided to stay there.”

Hematology offered an opportunity to study the pathogenesis of disease while doing the biochemistry that she enjoyed.

She also watched the physicians interact with patients. “It was a level of care above and beyond what I had seen before,” she says.

She chose to work in the laboratory of Robert Baiocchi, MD, PhD, associate professor of Hematology. She was drawn to his research and to the care he took with patients. “Dr. Baiocchi wants patients to understand all their options; it’s not a 30-second ‘This is what’s happening and we’re done. It’s pretty remarkable,” Smith says.

She registered for Pelotonia 2013 on Mother’s Day. “Later that week, Mom phoned to say she had been diagnosed with uterine cancer,” Smith says. The news crystalized her decision to study cancer. “If there was ever a sign, that was it.”

(Smith reports that her mom was diagnosed early and is doing fine.)

Smith signed up for the 25-mile ride. “I like to be active. I like to run. I like to be outside. But I’m not a cyclist by nature,” she acknowledges.

When the big morning arrived, she was apprehensive as she joined the other riders at the Pelotonia starting line.

“I didn’t know what to expect…then I was overwhelmed,” she says. “When you’re at that starting line with everyone, there’s a feeling of excitement. Everyone is there for the same reason; we all want to see a cure for cancer. It was very emotional.”

She also realized something else. “Normally, as a lab researcher I would never see patients,” Smith says. “But at Pelotonia events, people would come up and thank me for doing the research that I’m doing and for listening to their stories and interacting with them. That means a lot.”

She talked of these experiences with Baiocchi, too. “His response was always, ‘Well, you know, Emily, you can see your research applied to patients and witness the direct impact in the clinic if you’d get your medical degree.’

“I love research, I love the bench, I love doing the hands-on work,” Smith says. “I knew I wanted to do something that would help people and make an impact. But seeing the physicians and seeing that I could do both has really influenced my career path in that I do plan to get my MD after I finish my PhD.”

Back in the laboratory, Smith’s work with Baiocchi held a bonus: It involved an infectious agent, a virus. Her work focuses on a protein called PRMT5 and how it drives a healthy B cell to become a lymphoma cell during Epstein-Barr virus infection. Furthermore, Smith applied for and received a graduate-student Pelotonia fellowship to help support her research.

“When I served on the executive board for Team Buckeye Student Riders, I gave talks to student groups, and I always told them that if you ride in Pelotonia one year, you’ll be back to ride again.

“It’s because of the people you meet and the feeling that everyone shares the same passion: to end cancer. It is very emotional.”