Each year the Pelotonia Fellowship Program allots $2 million to help promising Ohio State students in any discipline or level of scholarship who want to conduct cancer research in the labs of OSUCCC – James faculty mentors. Since the program started in 2010, it has awarded 399 student fellowship grants to 179 undergraduates, 114 graduates, six medical students, 86 postdoctoral fellows and 14 international scholars. The fellowships are peer-reviewed and issued by a committee of faculty cancer researchers chaired by Gustavo Leone, PhD, associate director for basic research at the OSUCCC – James, and co-chaired by Janice Kiecolt-Glaser, PhD, of the OSUCCC – James Cancer Control Program. Here’s a look at three recent Pelotonia fellowship recipients and their research:

A sophomore majoring in biomedical science and French, Sophia Maharry studies the impact of an NRAS gene variant in acute myeloid leukemia (AML). She works in the lab of Albert de la Chapelle, MD, PhD, who with a team of colleagues discovered five variants of NRAS, a gene involved in the development and progression of many cancers. “We are investigating the effects of the smallest NRAS variant, isoform 5, in AML,” Maharry says, noting that her mentor for this work was Ann-Kathrin Eisfeld, MD, a postdoctoral fellow and a previous Pelotonia awardee in the de la Chapelle lab. “Experiments have shown this variant leads to more aggressive growth of cancer cells. If we can learn its role in disease progression, we can establish better targeted therapies.”

Maharry also was first author of a manuscript involving another project in the de la Chapelle lab on the role of microRNA-3662 in blood cell formation and AML. The manuscript, for which de la Chapelle, Clara D. Bloomfield, MD, and Eisfeld were co-senior authors, was accepted for publication in the journal Cancer Discovery.

Maharry, who plans to pursue an MD/PhD and “combine my passions for cancer biology, patient care and Francophone studies,” says she was “beyond grateful to receive a Pelotonia fellowship for my work.” 2016 will mark her fourth year as a Pelotonia rider. “While the ride is long and very hilly at times, the feeling of unity among everyone involved makes it worth it year after year.” 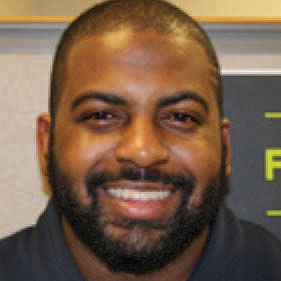 Graduate student Mark Calhoun, who earned his undergraduate degree in biomedical engineering at Rose-Hulman Institute of Technology in Terre Haute, Ind., and is pursuing a PhD at Ohio State, is investigating how physical forces acting on tumor cells, such as pressure and fluid flow, affect their ability to invade brain tissue. This information may help find a way to inhibit the invasive nature of glioblastoma, the deadliest form of brain cancer.

“Chemotherapy drugs are our most versatile way to attack a tumor, and better drugs translate to better outcomes,” says Calhoun, who works in the lab of Jessica Winter, PhD. “Drug discovery starts with identifying potential targets, and the tumor microenvironment, or the environment that the cell ‘sees,’ provides a wealth of opportunity. The goal of this project is to mine those drug targets and pave the way to new drugs.

“As engineers in the fight against cancer, the greatest contributions we can make are in modeling facets of the tumor that biologists traditionally have not been able to do,” he adds. “The really cool part of the project for me is using my skill set in a way that’s useful to the public good.” Calhoun rode 100 miles in Pelotonia 15 and plans to ride 180 this year. “It’s an honor to be on the receiving end of all the hard fundraising work that this huge community has done, and then to turn that around and give back to the community and to patients.” 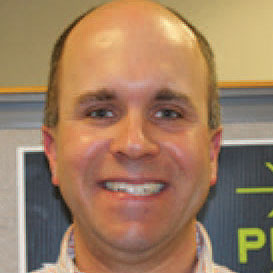 “Our research is focused on inhibiting the development and growth of bone metastases and also overcoming the limitations of current treatment methods,” Hildreth says, adding that, using a mouse model of human breast cancer in which malignant cells spread to the lung, liver, bone and brain, “We are looking at a new way to reduce osteoclast function that may also be used to inhibit or treat metastases to other organ systems.”

Hildreth, who earned his DVM at North Carolina State University in 2004 and his PhD at Ohio State in 2014 before joining the Ostrowski lab, rode in Pelotonia 15 and plans to ride this year. “I will continue to raise money for years to come for Pelotonia because it is an excellent organization and cause,” he says. “To be selected for a Pelotonia fellowship was a great honor that I am thankful for every day.”