Riders, virtual riders and donors in Pelotonia 16, the eighth installment of an annual grassroots bicycle tour that generates money for cancer research at Ohio State, raised a record $24,104,432 and boosted the eight-year total for this event to $130,159,438.

The 2016 Pelotonia total exceeded the 2015 tally by more than $2.5 million. Thanks to Pelotonia’s major sponsors— including L Brands Foundation, Huntington, and Peggy and Richard Santulli—every cent raised by riders, virtual riders and donors goes directly to cancer research at the OSUCCC – James. Pelotonia staff presented a check for the Pelotonia 16 total to OSUCCC Director and James CEO Michael A. Caligiuri, MD, at a Nov. 9, 2016, ceremony at Express Live! in the Arena District of downtown Columbus.

Overall, donors from all 50 states and more than 60 countries contributed to the funds raised by the 275 pelotons (riding groups) that participated in Pelotonia 16. The event unfolded Aug. 6-7 on six bike routes between Columbus and Gambier, Ohio, home to Kenyon College. The event drew 7,749 riders and 2,790 volunteers who collectively represented 40 states and eight countries.

“To make progress in cancer research and, therefore, in treatment at the bedside, we must have a way to fund big, bold and new ideas for which government grants would be difficult to obtain, and we must do it now,” Caligiuri says. “We are thankful for all riders, virtual riders, volunteers, donors and corporate partners for their support and commitment to our shared vision of a cancer-free world.” 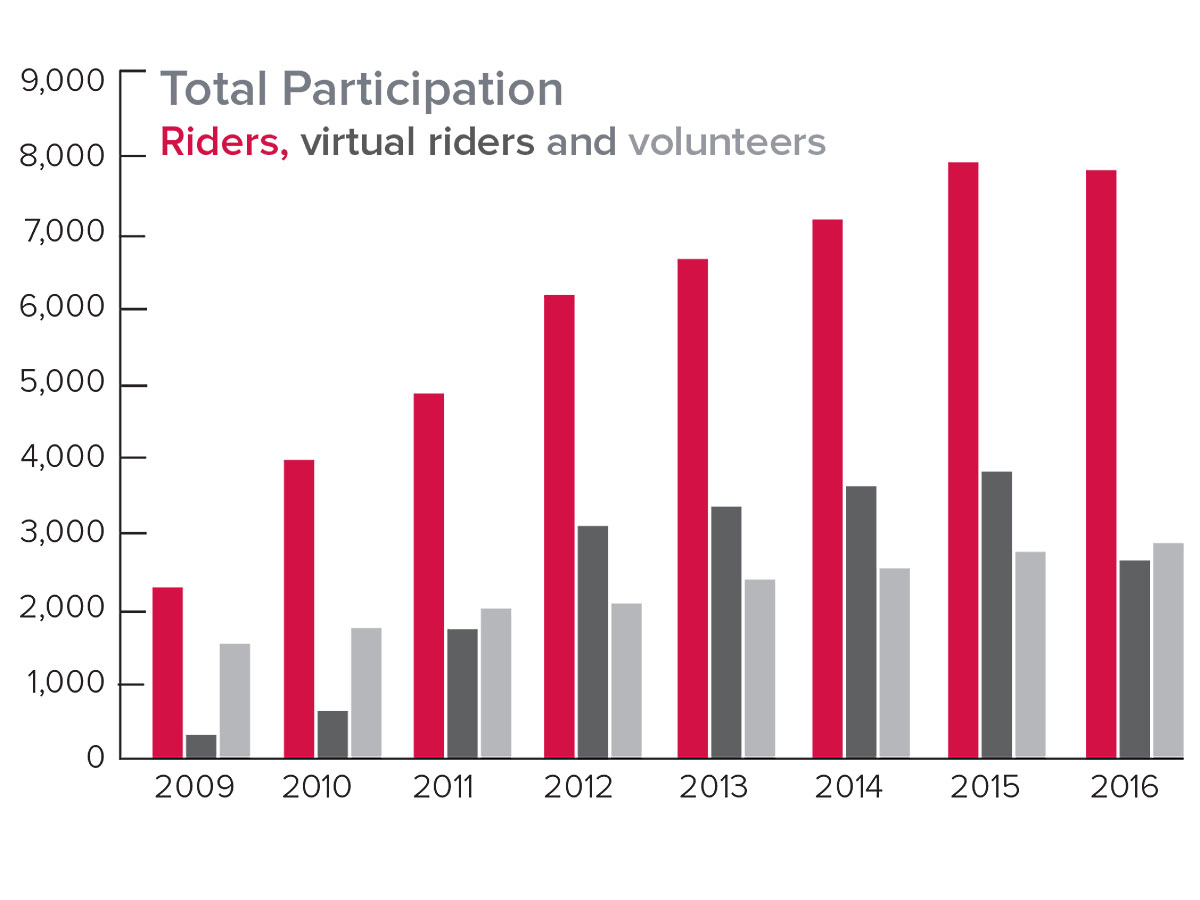 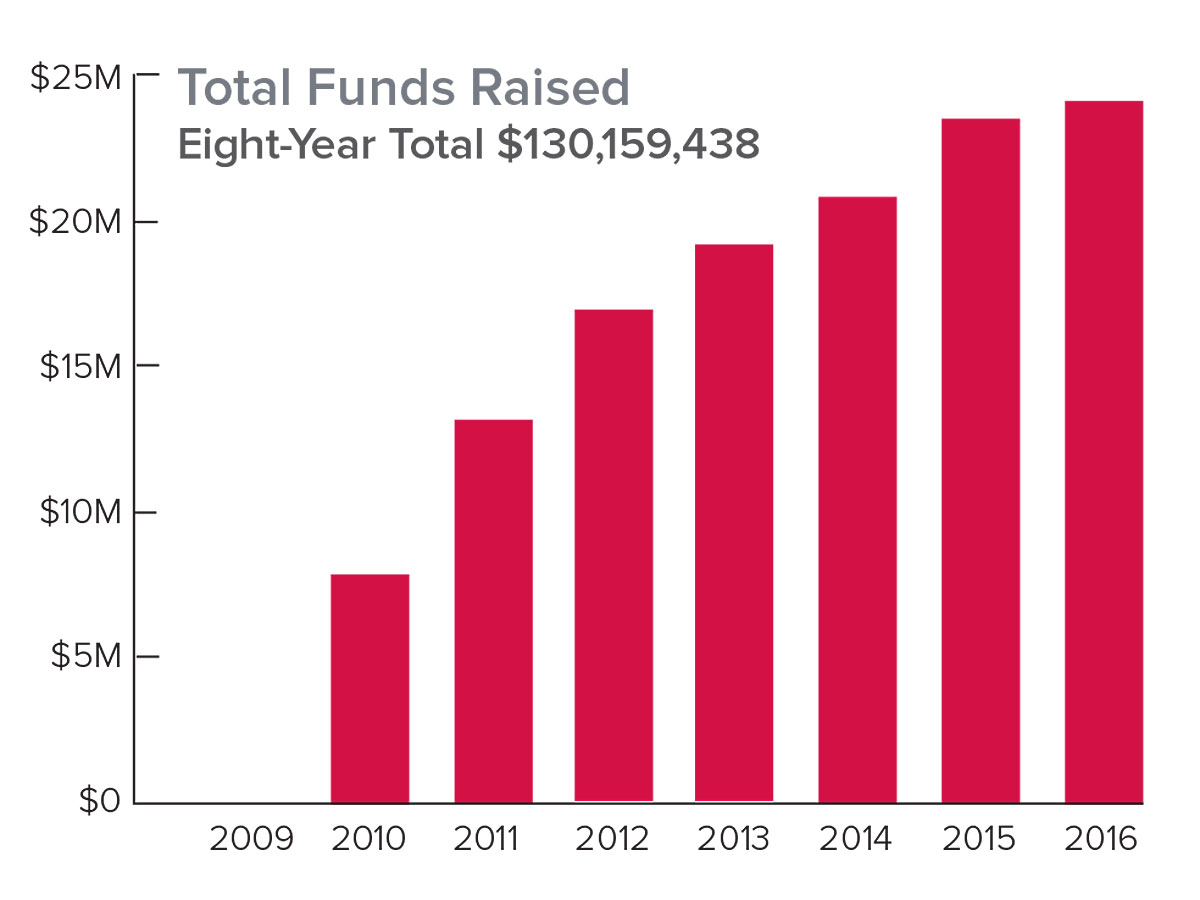 Bringing Knowledge to Bear in the Fight Against Cancer 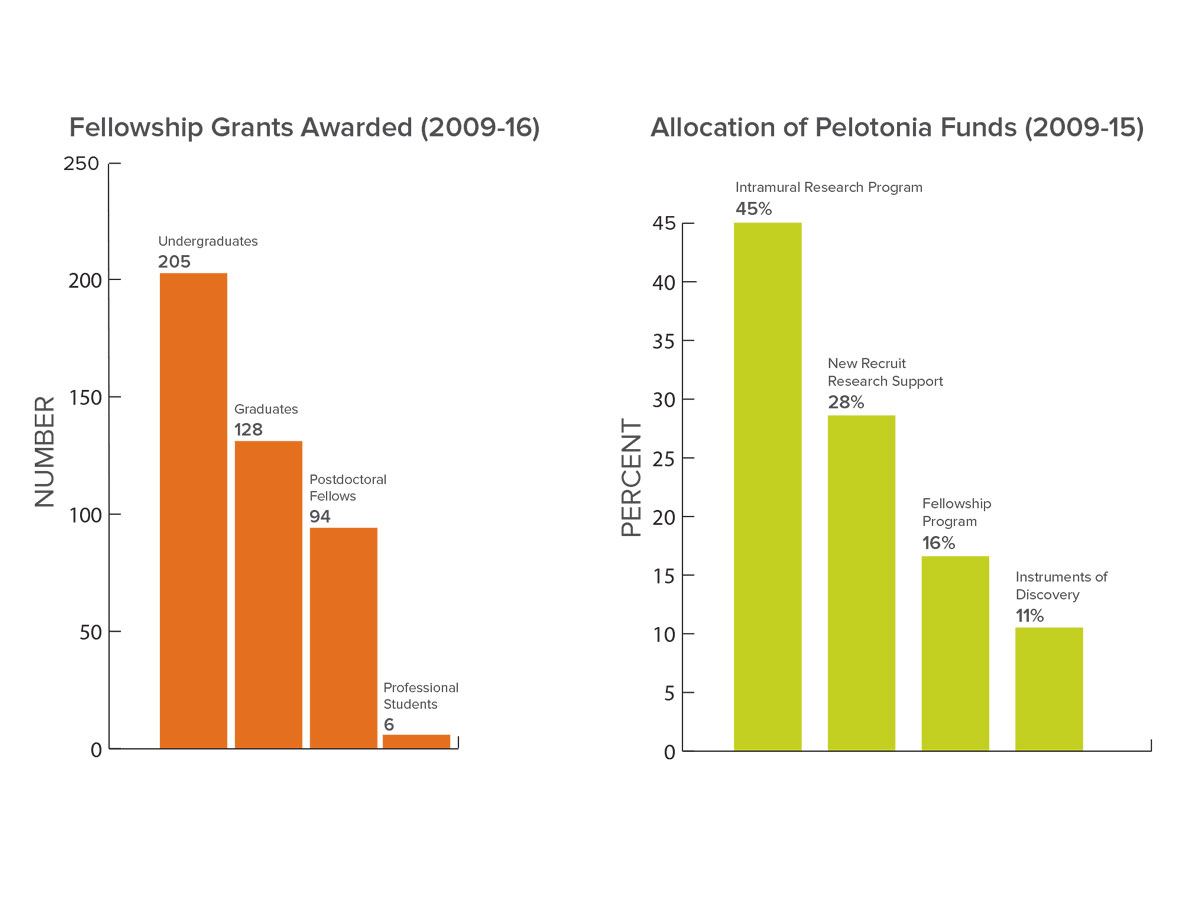