'I Love The James': Get to Know Dr. William Farrar, Our Interim CEO 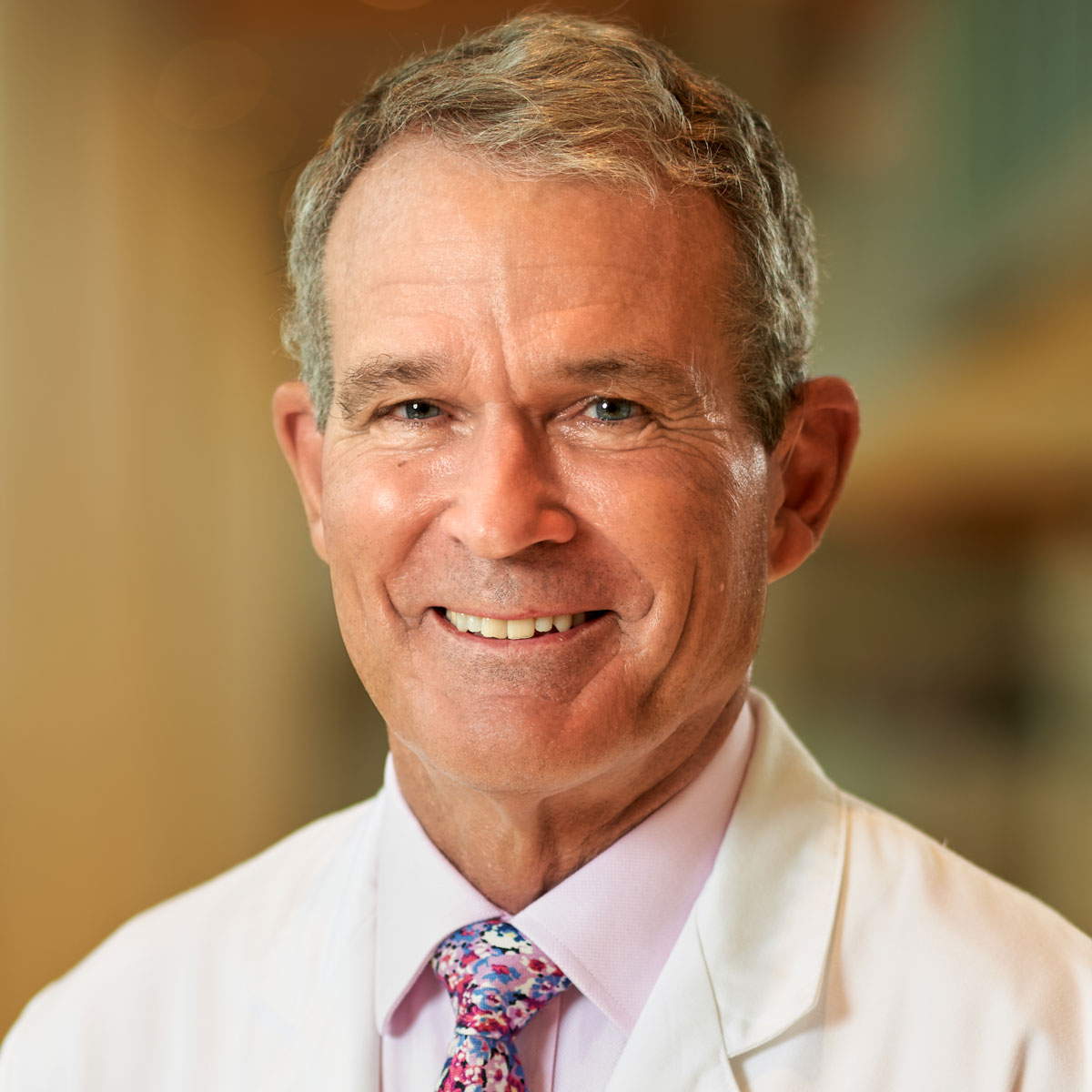 There weren’t many options for women diagnosed with breast cancer in the 1970s.

“When I was going through training, we would do a radical mastectomy 70 or 80 percent of the time,” says William Farrar, MD. “We’d remove all the breast tissue, the muscles of the chest wall and all the lymph nodes under the arm—that’s how breast cancer was treated for 80 years.”

The past few decades have seen numerous advances in treating breast cancer thanks to pioneering physicians and leaders such as Farrar. He’s performed more than 10,000 breast cancer surgeries and helped develop new and less-invasive techniques. He’s also trained and mentored a generation of oncology surgeons who practice at hospitals around the country, participated in several clinical trials that have led to better chemotherapy and immunotherapy treatments and helped create one of the nation’s first multimodal breast cancer clinics.

And Farrar did all of this at The Ohio State University Comprehensive Cancer Center – James Cancer Hospital and Solove Research Institute (OSUCCC – James).

For these reasons, plus one more, it seems fitting that he recently was appointed the interim CEO of The James.

That one additional reason?

“Dr. James was my mentor,” Farrar says, adding that, as far back as the 1940s, Arthur G. James, MD (1912-2001), had a dream of creating a dedicated cancer hospital in Columbus to treat patients from central Ohio and beyond.

“Dr. James started his medical training before World War II, served in the war as a doctor, came back and eventually finished his (surgical) fellowship and came to Ohio State,” Farrar explains. “He was the only surgical oncologist in the entire state at first, and he went all over Ohio to operate—on every type of cancer. His manner with his patients was outstanding, and they just loved him. It was such a great honor to work with him.”

“That was the norm back then, to operate on all types of cancer, and it wasn’t until 1990, when The James opened, that we started to specialize,” Farrar says. Soon after his namesake hospital opened in July 1990, James retired from seeing patients but remained at the hospital in an emeritus role until 1996.

As Farrar began to specialize in breast cancer surgery and treatment, he and others at the OSUCCC – James realized there was a need for a separate facility to accommodate the growing number of breast cancer patients they were treating.

“We took all the disciplines that treated breast cancer—the surgeons, the medical oncologists, plastic surgery, radiation, imaging and pathology—and we put a clinic together,” he says of the facility that was located near Dublin, Ohio. It opened in 1997. “We were very successful, and our patients and our staff loved it, but we quickly outgrew the facility.”

This led to the Stefanie Spielman Comprehensive Breast Center, a state-of-the-art facility that opened in 2011 and took the multimodal concept to a new level. “When we moved, we were seeing 430 new patients a year, and this year we’ll go over 1,000,” Farrar says, adding that patients come from all over Ohio and outside the state to be treated at the Spielman Center. “I haven’t heard of, or seen, another breast cancer facility that has everything that we have here.”

“Every aspect of breast cancer treatment has changed so radically in the past 30 or 40 years,” Farrar says. “This has been so rewarding for me, and now there’s so much more hope.”

One thing that hasn’t changed is the importance of the lessons passed down from Dr. James, which Farrar has since shared with scores of OSUCCC – James staff members.

“The number one lesson I pass on from Dr. James is that the patient is number one. They’re going through a tough time, and you really have to take care of your patients and treat them like they’re a member of your own family,” Farrar says.

Over the years, some of Farrar’s many Ohio State leadership positions have included division chief of surgical oncology (1985-2012), director of medical affairs (1989-2011) and director of the Spielman Center (2011 to the present). He also holds the Dr. Arthur G. and Mildred C. James – Richard J. Solove Chair in Surgical Oncology. Farrar has authored more than 100 peer-reviewed publications and has been the principal investigator on several important grants and clinical trials.

Farrar, 69, was starting to think about cutting back his schedule when he was approached about serving as the interim CEO of The James. He and his wife, Kathryn, have four adult children and four grandchildren.

“This isn’t something I ever thought about doing,” Farrar says of his new role. “But I’ve been here my whole life. I love The James, and I am willing to do anything I can to continue to move our cancer program forward.”

Countless hours of work and dedication over many months paid off in a big way for OSUCCC – James faculty and staff on March 15 when they learned that the hospital has, for the second time, achieved Magnet® recognition from the American Nurses Credentialing Center (ANCC). The news was delivered by Donna Havens, PhD, RN, FAAN, chair of the Commission on Magnet Recognition, in a phone call that was streamed at The James and five other cancer program sites where employees had gathered in eager anticipation.