It's great to know that, after six years, Pelotonia is still on a roll. 2014 yielded yet another ridership record for this annual grassroots bicycle tour that raises millions of dollars for cancer research at Ohio State.

The Pelotonia 14 tour consisted of 276 registered pelotons (riding groups) that collectively contained 7,270 riders from 41 states and five countries. It also benefited from more than 3,600 virtual riders and 2,617 volunteers.

In its first five years (2009-13), Pelotonia raised more than $61 million. On Nov. 13, we learned that Pelotonia 14 generated $21,049,621, bringing the overall six-year total to more than $82.34 million – demonstrating once again the community’s resolve to take a serious stand against a disease that touches almost everyone.

And thanks to the event’s generous sponsors, every cent raised by riders, virtual riders and donors will go directly to groundbreaking research that translates to innovative patient care at Ohio State’s Comprehensive Cancer Center – James Cancer Hospital and Solove Research Institute (OSUCCC – James).

Without fundraising efforts such as Pelotonia – which has become the nation’s largest single-event cycling fundraiser based on ridership – many innovative ideas for cancer research would go nowhere and the field would languish, since government grants are increasingly difficult to obtain.

This investment report will briefly summarize (on the facing page) how Pelotonia funds have been distributed over the event’s first five years. Then it will offer looks at our Pelotonia Fellowship Program for student researchers, our Idea Grant allocations of the past year to teams of faculty scientists, our most recent equipment purchase with Pelotonia support, published findings from selected Pelotonia-supported studies, and a few of the brilliant scientists whom Pelotonia dollars have helped us recruit to the OSUCCC – James.

We should all be proud of what we are accomplishing together. On behalf of faculty and staff at the OSUCCC – James, I thank everyone associated with Pelotonia for helping us move closer to realizing our shared vision of a cancerfree world. Here’s hoping I’ll see you all again on next year’s ride. 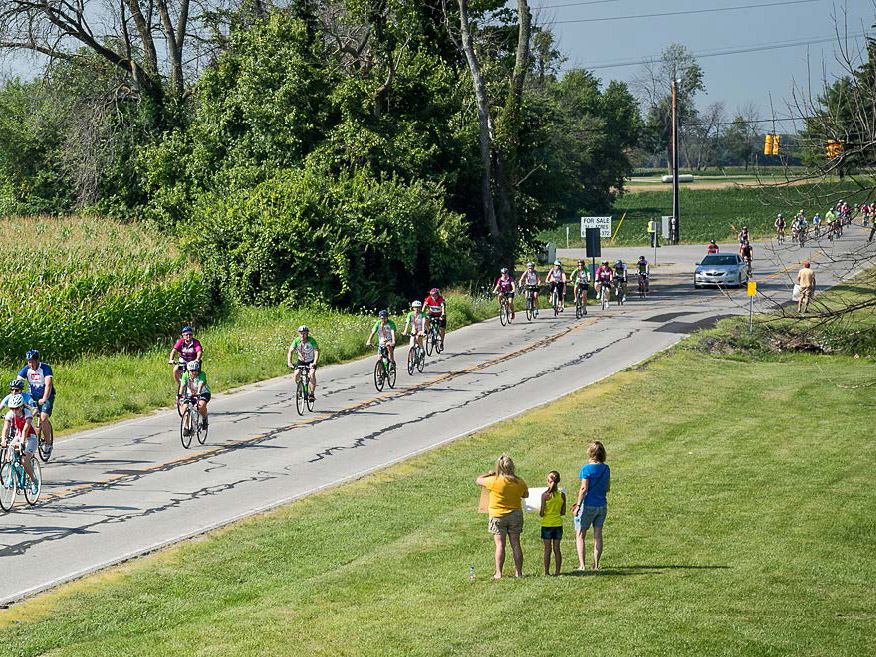 Pelotonia, the annual grassroots bicycle tour established in 2009 to raise money for cancer research at the OSUCCC – James, generated more than $61 million in its first five years through rider pledges and donations.

Students from any discipline and level of scholarship at Ohio State can receive funded training through the Pelotonia Fellowship Program. 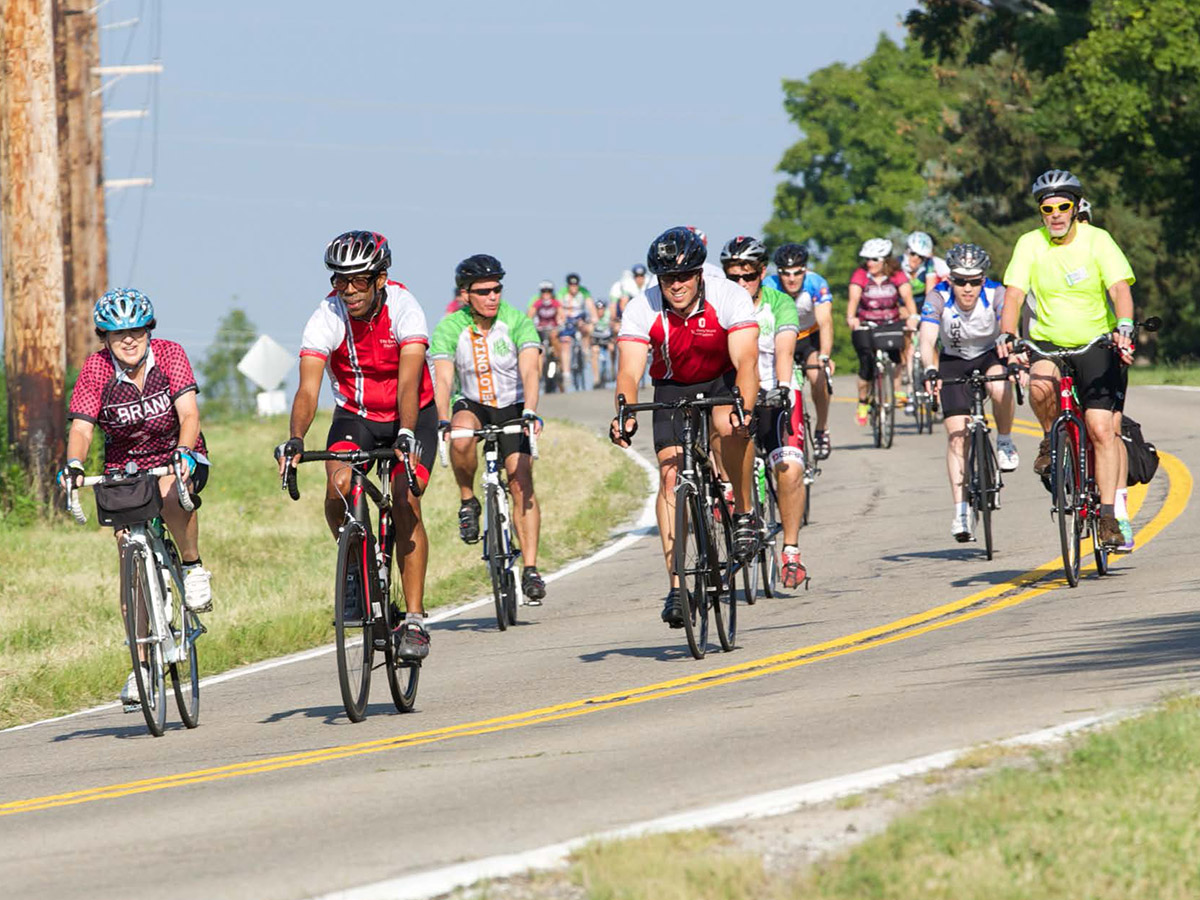 After completing their cancer research, past Pelotonia Fellows have continued to achieve and make a difference. 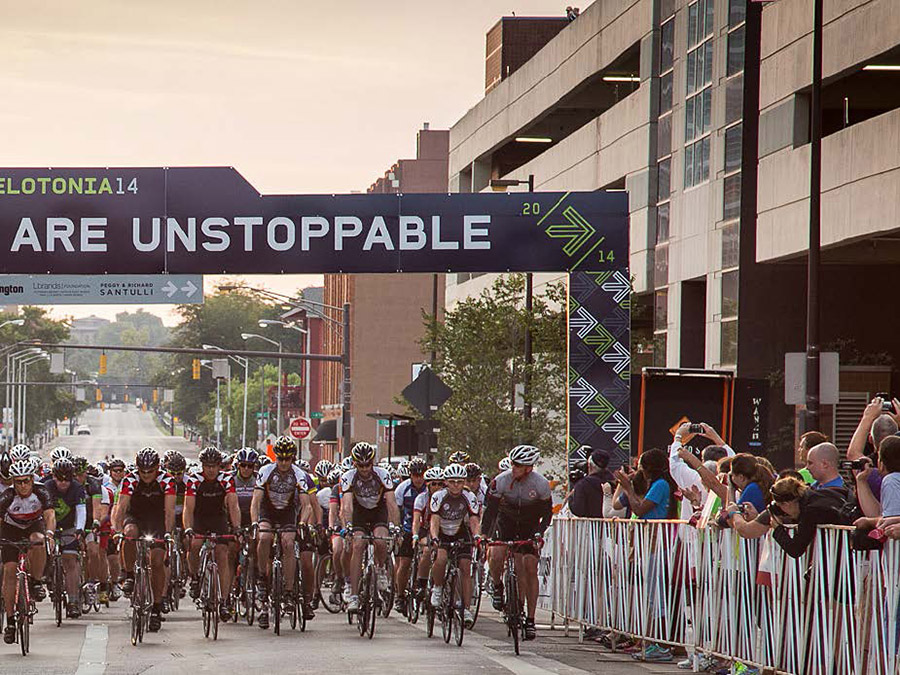 The OSUCCC – James has contributed Pelotonia dollars to an Ohio State and state of Ohio investment in a significant upgrade and expansion of nuclear magnetic resonance (NMR) capabilities on Ohio State’s main campus. 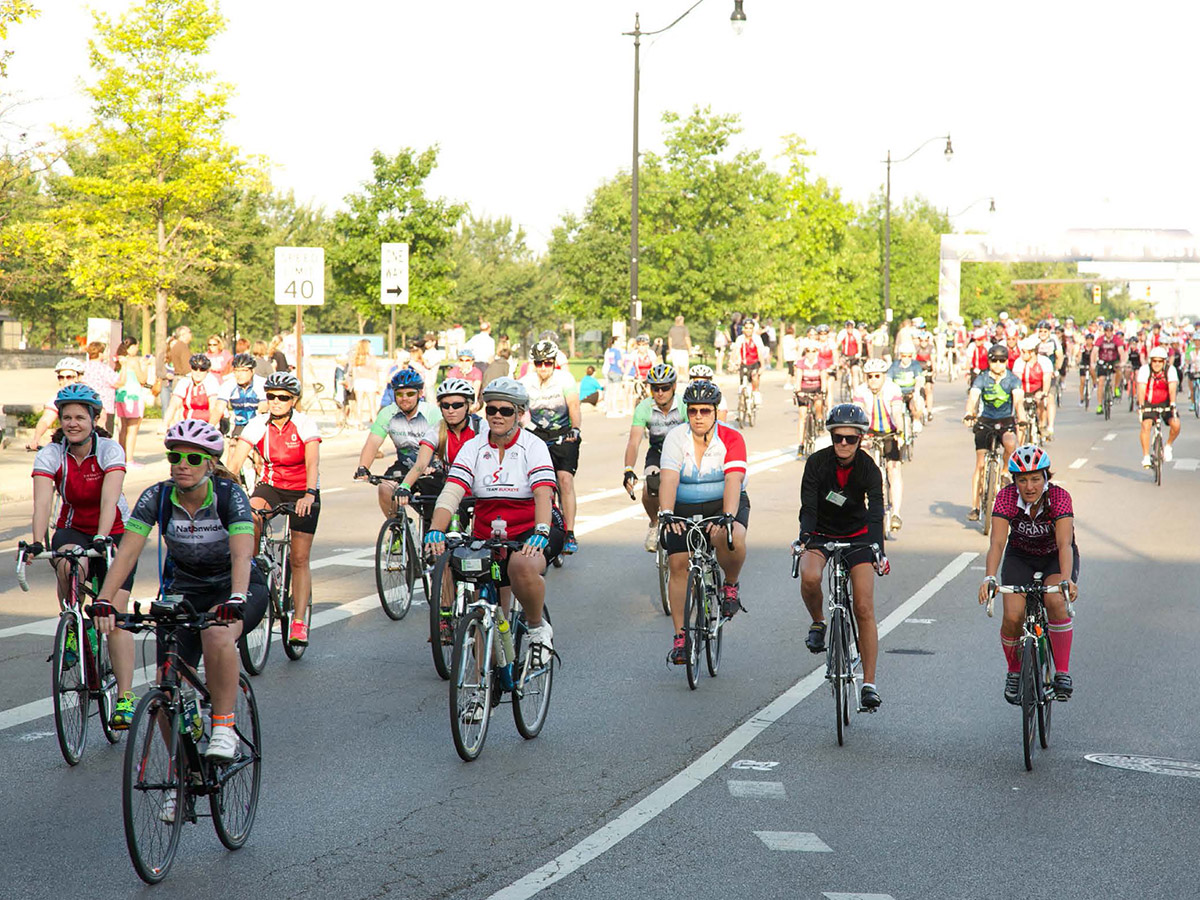 Pelotonia’s impact is perhaps most obvious in discoveries made and published in scientific journals by teams of researchers who have received Pelotonia support over the past few years. 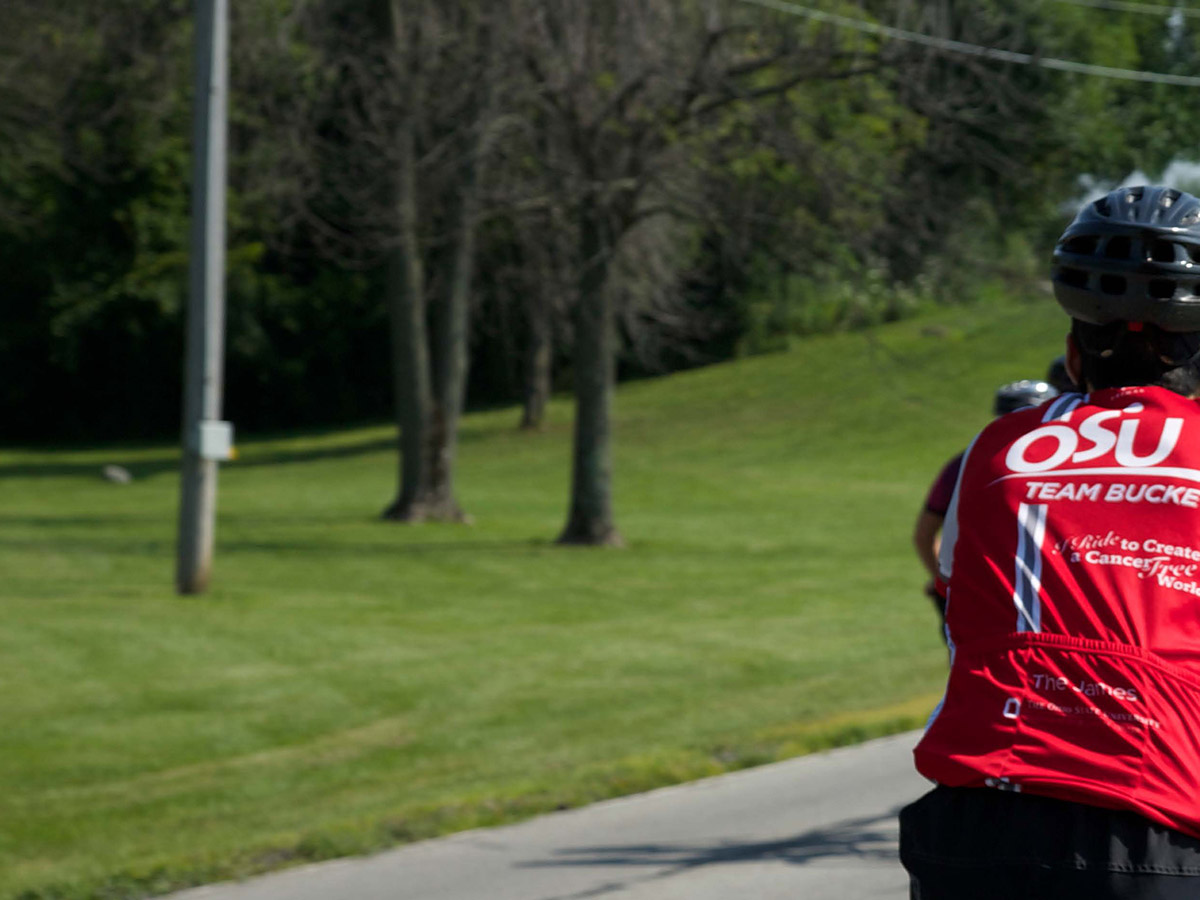 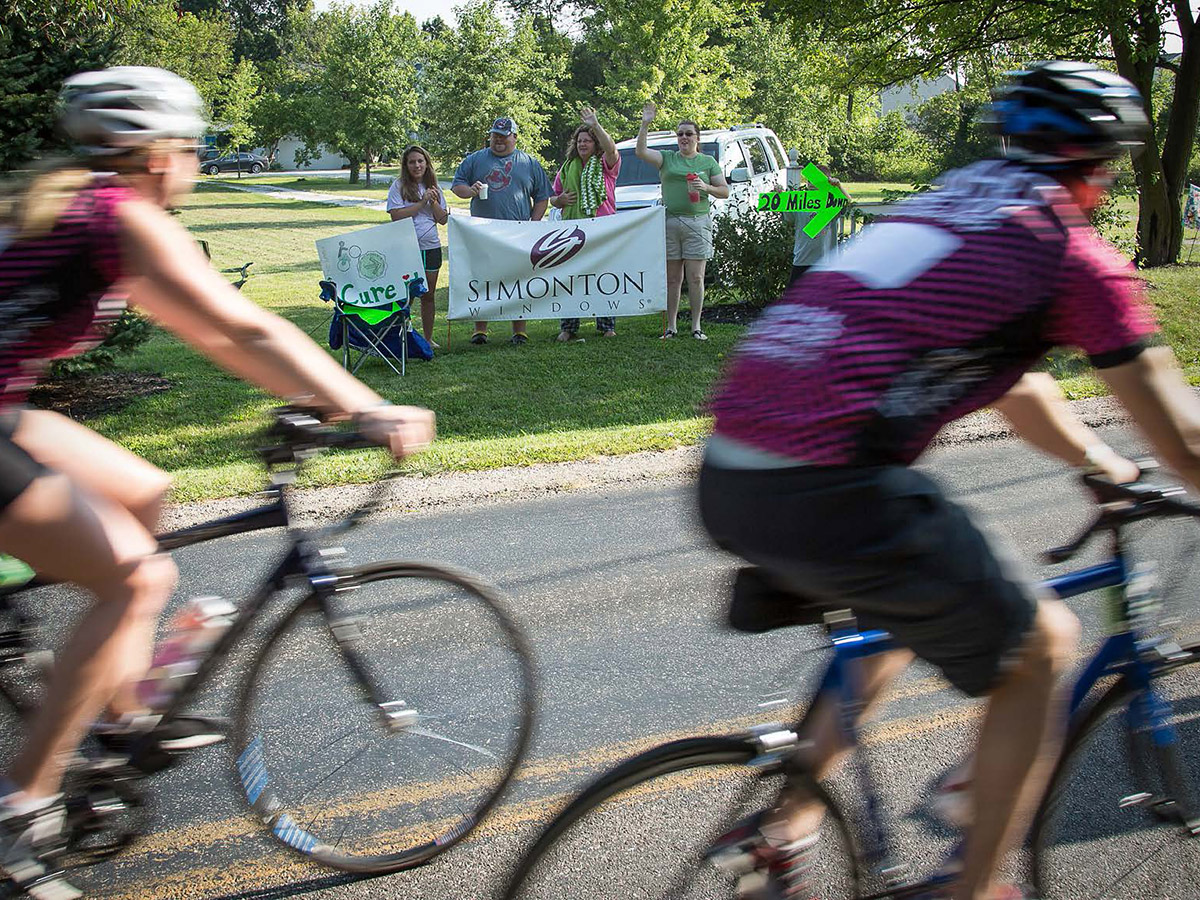 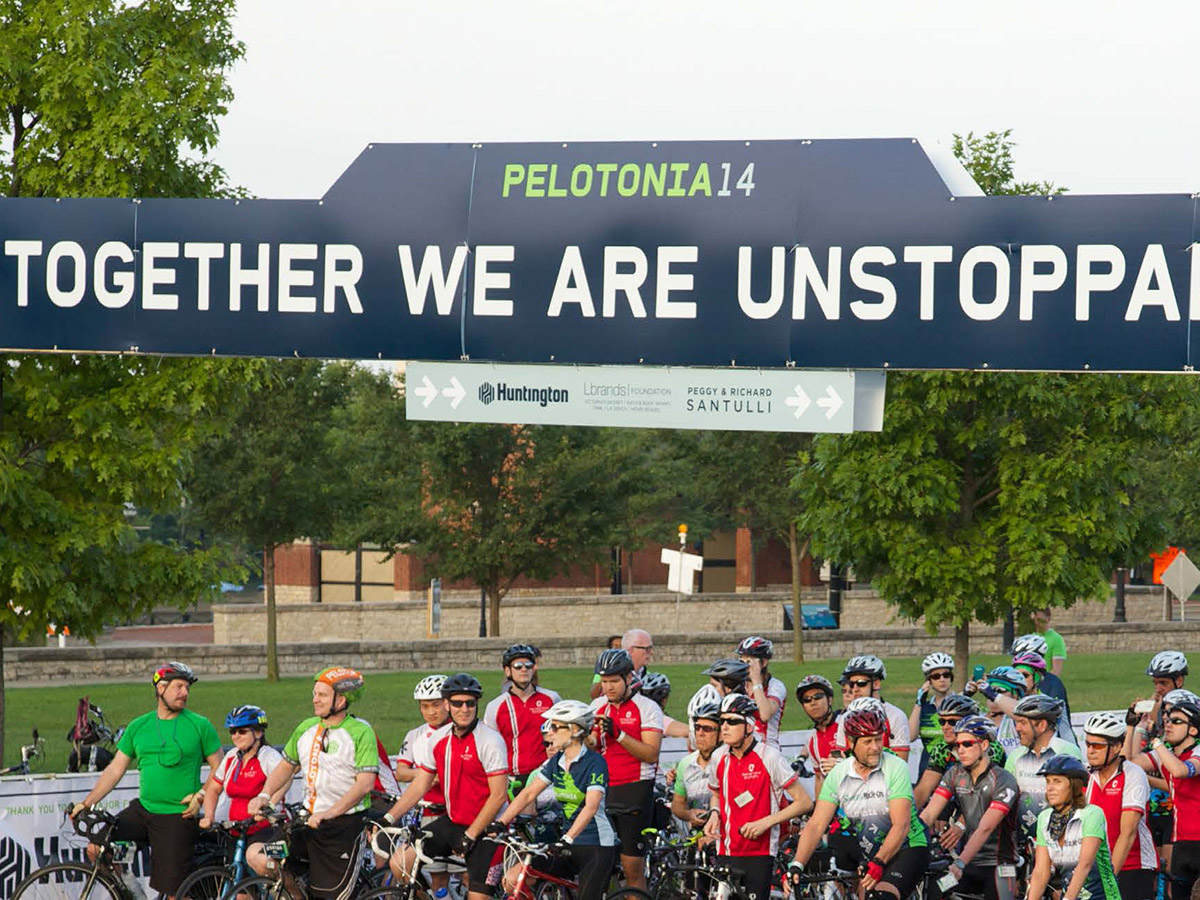 Pelotonia funds have been committed to recruiting or retaining some of the brightest minds in cancer research to Ohio State.