The OSUCCC – James attracts some of the brightest minds in cancer research, and Pelotonia dollars help them continue their studies when they arrive. Among those recruited in 2015 are these five prominent senior researchers: 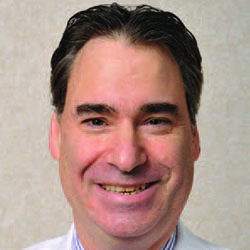 DANIEL JONES, MD, PHD, is professor, vice chair and director of molecular pathology in the Department of Pathology, as well as director of molecular pathology for the OSUCCC – James. Jones brings more than 15 years of combined experience in academic medicine and industry. He most recently was medical director of cancer diagnostics services at Quest Diagnostics Nichols Institute, where his group developed more than 100 oncology, genomics and pathology assays for the nation’s largest reference laboratory. Previously, Jones was at The University of Texas MD Anderson Cancer Center as a tenured professor overseeing a research laboratory and a clinical molecular diagnostics team that served 13 cancer care centers. 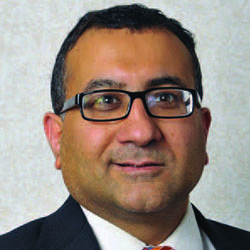 ANIL PARWANI, MD, PHD, MBA, is professor, vice chair and director of anatomic pathology in the Department of Pathology. He also directs a new shared resource/core facility focused on digital pathology imaging and pathology informatics. Within the OSUCCC – James, he directs the digital pathology service that will enable the expansion of precision cancer diagnostics and treatment. Parwani came to Ohio State from the University of Pittsburgh, where he was a professor of pathology and biomedical informatics as well as director of the Division of Pathology Informatics. His research focuses on diagnostic and prognostic biomarkers in bladder and prostate cancer, and on molecular classification of renal cell carcinoma. 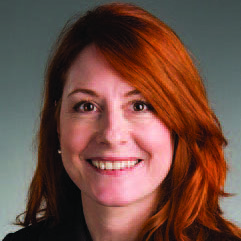 SHARYN BAKER, PHARMD, PHD, is professor and chair of the Division of Pharmaceutics and Pharmaceutical Chemistry in the College of Pharmacy, and she holds the Gertrude Parker Heer Chair in Cancer Research. She also is a member of the Leukemia Research Program at the OSUCCC – James. Baker came to Ohio State from St. Jude Children’s Research Hospital, where she directed the pharmacokinetics shared resource. Her cancer-relevant research interests broadly cover translational and clinical pharmacology of anticancer agents. More specifically, her interests include developmental therapeutics for acute myeloid leukemia (AML), translational pharmacology of tyrosine kinase inhibitors, and investigational anticancer drug development. 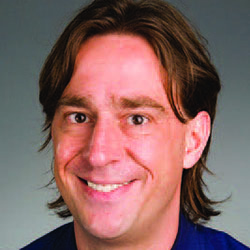 ALEX SPARREBOOM, PHD, who also came from St. Jude Children’s Research Hospital, is a professor in the College of Pharmacy’s Division of Pharmaceutics and Pharmaceutical Chemistry, and a member of the Translational Therapeutics Program at the OSUCCC – James. Sparreboom’s research examines the contribution of solute carriers to chemotherapy-induced toxicity profiles, identifies chemical inhibitors of critical transporters, translates the findings to clinical trials, and ultimately improves the long-term outcome of patients with cancer by modulating the therapeutic window of widely used chemotherapeutics. His lab is developing transport modulators for use in connection with platinum-based drugs and tyrosine kinase inhibitors. 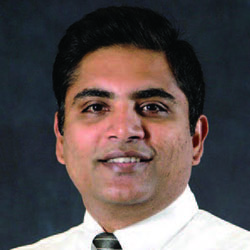 RAJGOPAL GOVINDARAJAN, DVM, PHD, an associate professor in the College of Pharmacy’s Division of Pharmaceutics and Pharmaceutical Chemistry, was recruited to Ohio State from the University of Georgia, where he was an associate professor in the Department of Pharmaceutical and Biomedical Sciences. One of his lab’s primary research goals is to understand how the solute carrier group of transporters modulates tumor cell sensitivity or resistance to chemotherapeutics. His lab also investigates: nucleoside and oligonucleotide (miRNA) drug sensitivity in cancer cells; epigenetic alterations in pancreatic cancer; and small molecule manipulations of epigenetic changes in pancreatic cancer cells.