Pelotonia 16 is several months behind us, but time can’t dim the memory of an event so globally supported by thousands of people who share a single goal: to end cancer.

Financial projections indicate that Pelotonia 16, the eighth installment of this annual grassroots bicycle tour that raises money for cancer research at Ohio State, will likely yield another record yearly fundraising amount, elevating the eight-year total to well above the more than $106 million it generated in its first seven years.

The Pelotonia 16 tour consisted of 275 registered pelotons, or riding groups, that collectively contained 7,749 riders from 40 states and eight countries. It also benefited from more than 2,600 virtual riders and more than 2,700 volunteers.

At last report in early October, Pelotonia 16 had raised more than $17 million and counting. It’s anticipated that the organization’s eight-year total amount raised will be boosted to more than $125 million this year.

Thanks to Pelotonia’s major funding partners—including L Brands, Huntington, and Richard and Peggy Santulli—every cent raised by riders, virtual riders and donors goes to cancer research at the OSUCCC – James to help our more than 330 researchers translate scientific discoveries to innovative patient care and prevention strategies that contribute to Pelotonia’s goal of ending cancer.

I extend my boundless praise and gratitude to the thousands of people who work hard to make this event a tremendous success. It bears repeating that without fundraising efforts such as Pelotonia—which has become the nation’s largest single-event cycling fundraiser based on ridership—many promising ideas for cancer research would go nowhere, since government grants are often difficult to obtain.

This investment report summarizes, on the facing page, how Pelotonia funds have been distributed over the event’s first seven years (money from Pelotonia 16 has not yet been allocated). It also shows how the money you raise benefits such key areas as Stimulating New Ideas (grant allocations to teams of faculty scientists), Investing in the Next Generation (our Pelotonia Fellowship Program for student researchers), New Recruit Research Support (bringing top scientists to Ohio State and helping them further their work), and Providing Tools for Discovery (purchasing equipment for use in cancer research and supporting the development of drugs for cancer treatment).

Thanks again for supporting our cause. To echo the sentiments of our keynote speaker during the Pelotonia 16 opening ceremony (see story, inside), we’re collectively sending a message to cancer that this disease is in trouble as we relentlessly ride to end it. 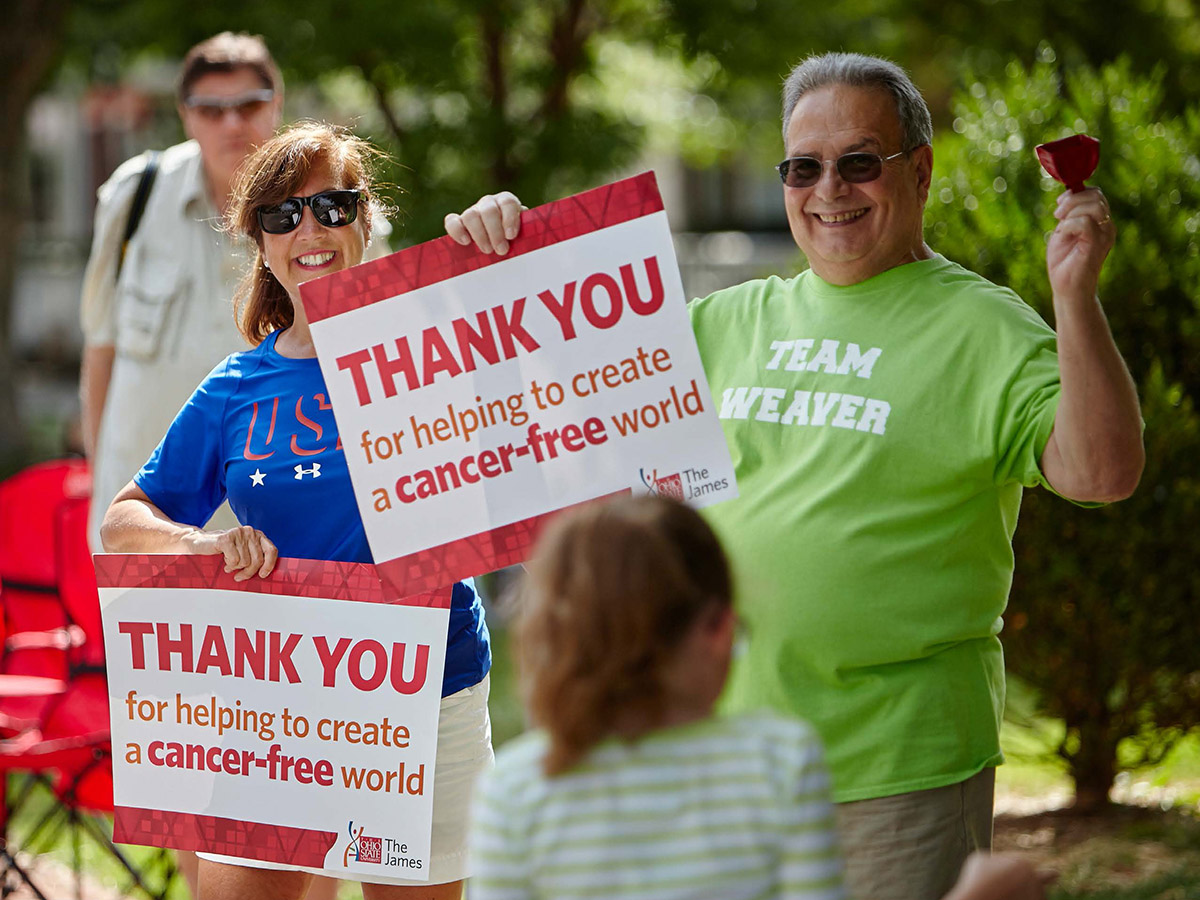 Pelotonia, the annual grassroots bicycle tour that started in 2009 to raise money for cancer research at the OSUCCC – James, generated more than $106 million in its first seven years through rider pledges and donations. 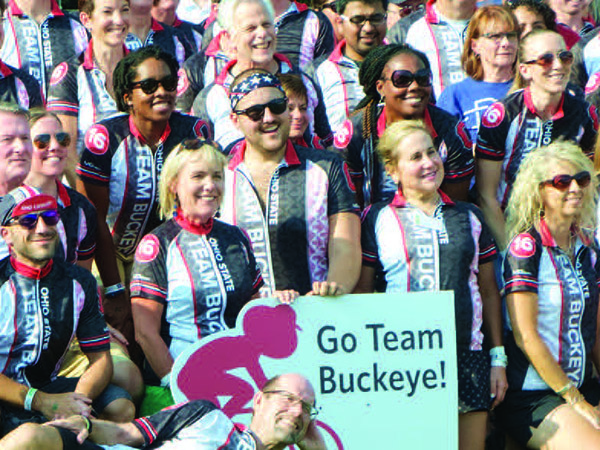 The thousands of riders, virtual riders, and volunteers who attended the Aug. 5 opening ceremony for Pelotonia 16 saw living proof that Pelotonia is paying off. 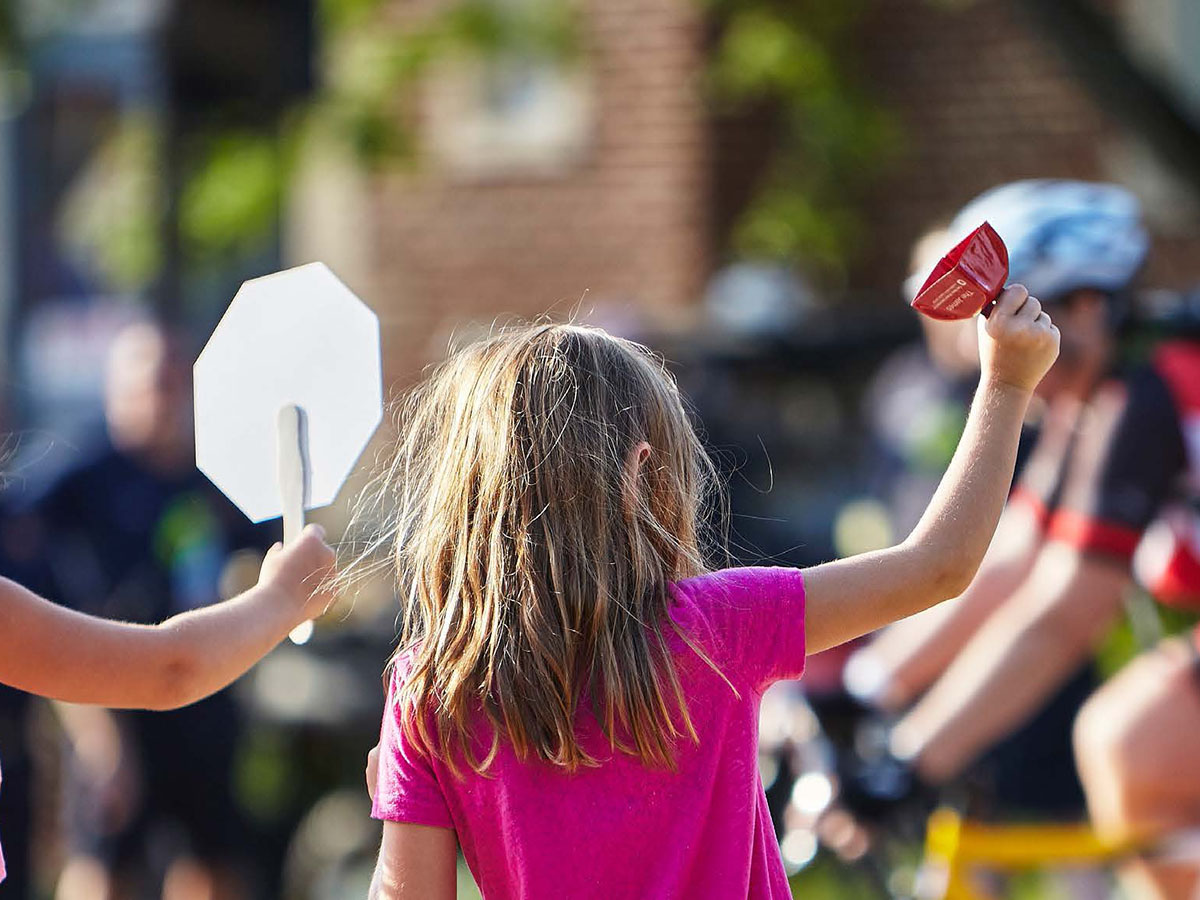 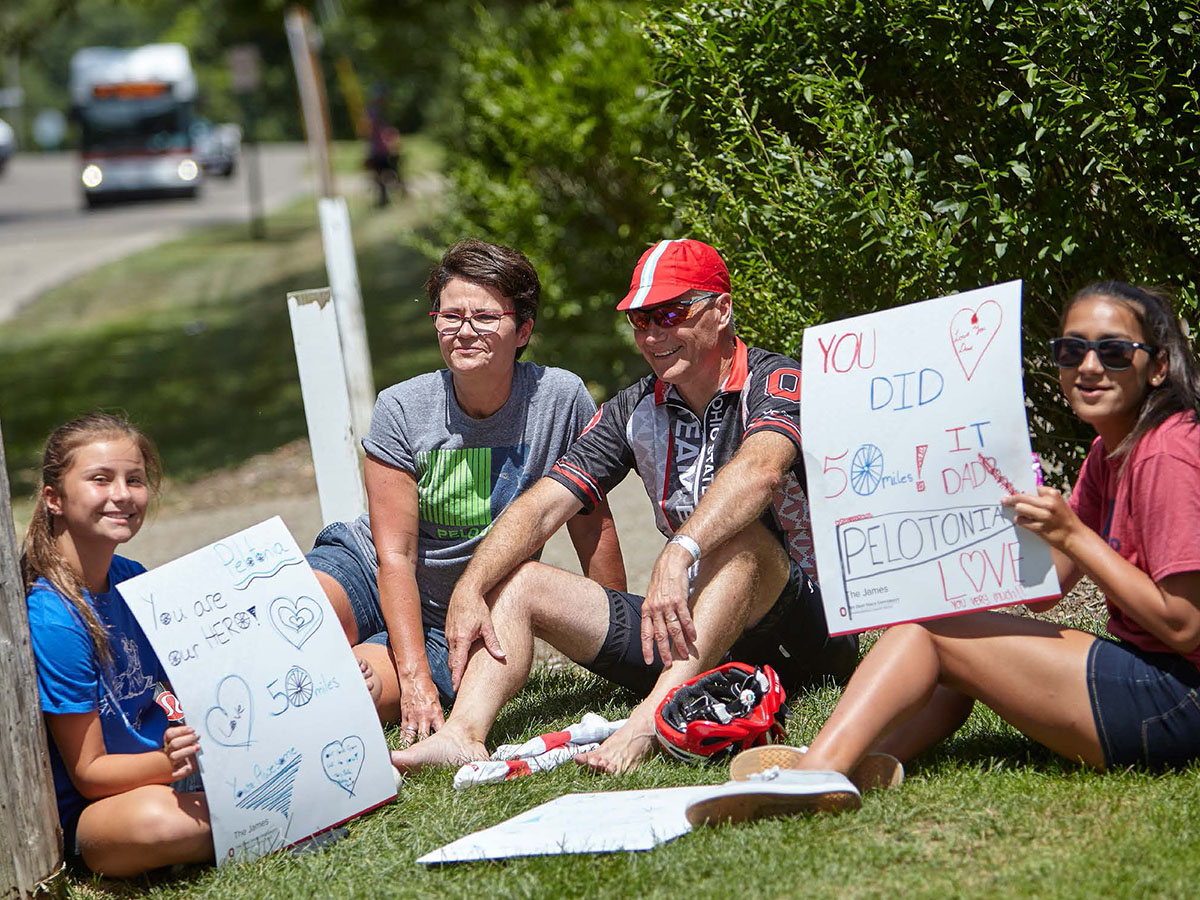 The Pelotonia Fellowship Program provides funds to train promising and accomplished undergraduate, graduate, medical and postdoctoral students from any discipline at Ohio State who have the potential to become independent cancer researchers.

Teaming Up Against Cancer 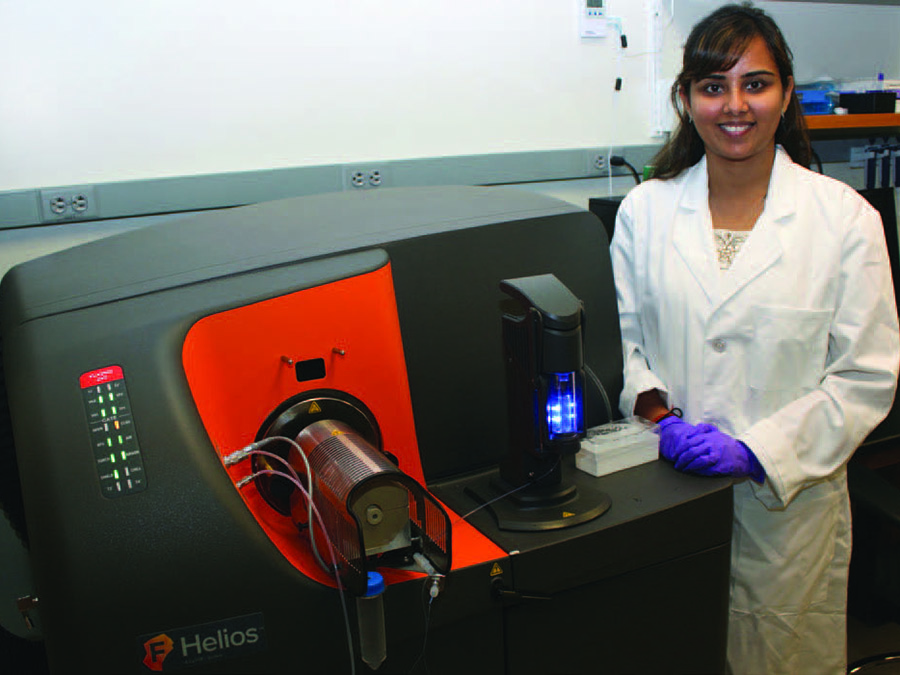 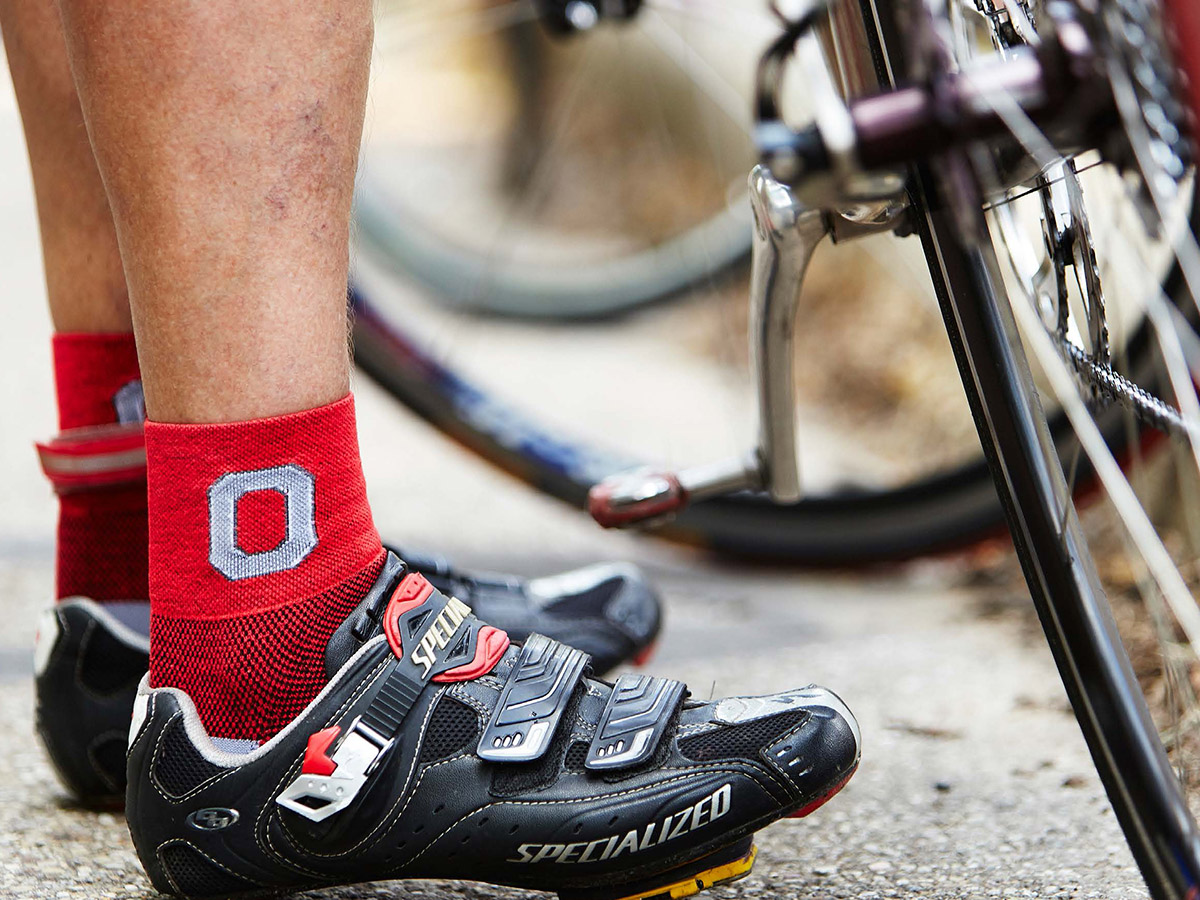 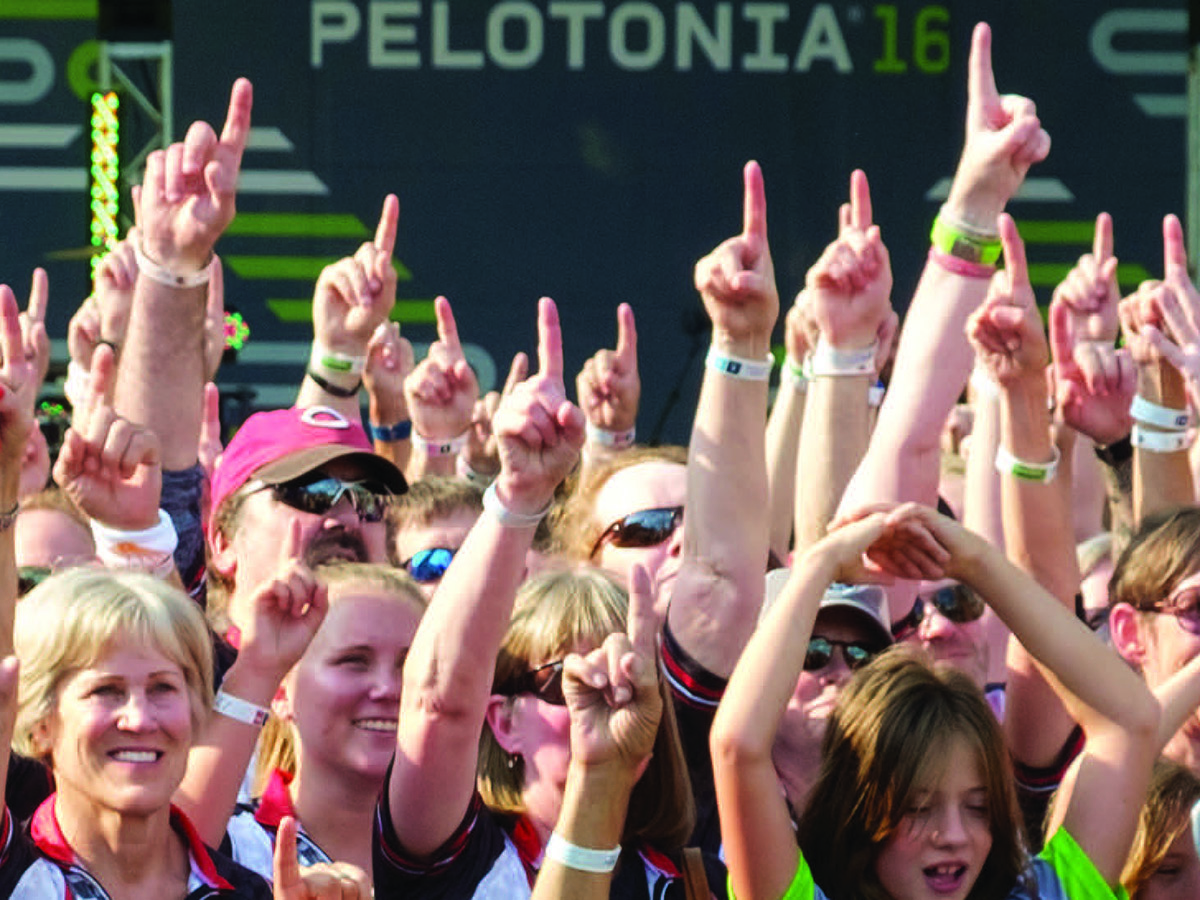 The Drug Development Institute (DDI) at Ohio State is a biotech-like institute embedded in the OSUCCC – James.

The OSUCCC – James attracts some of the brightest minds in cancer research, and Pelotonia dollars help them continue their research when they arrive.