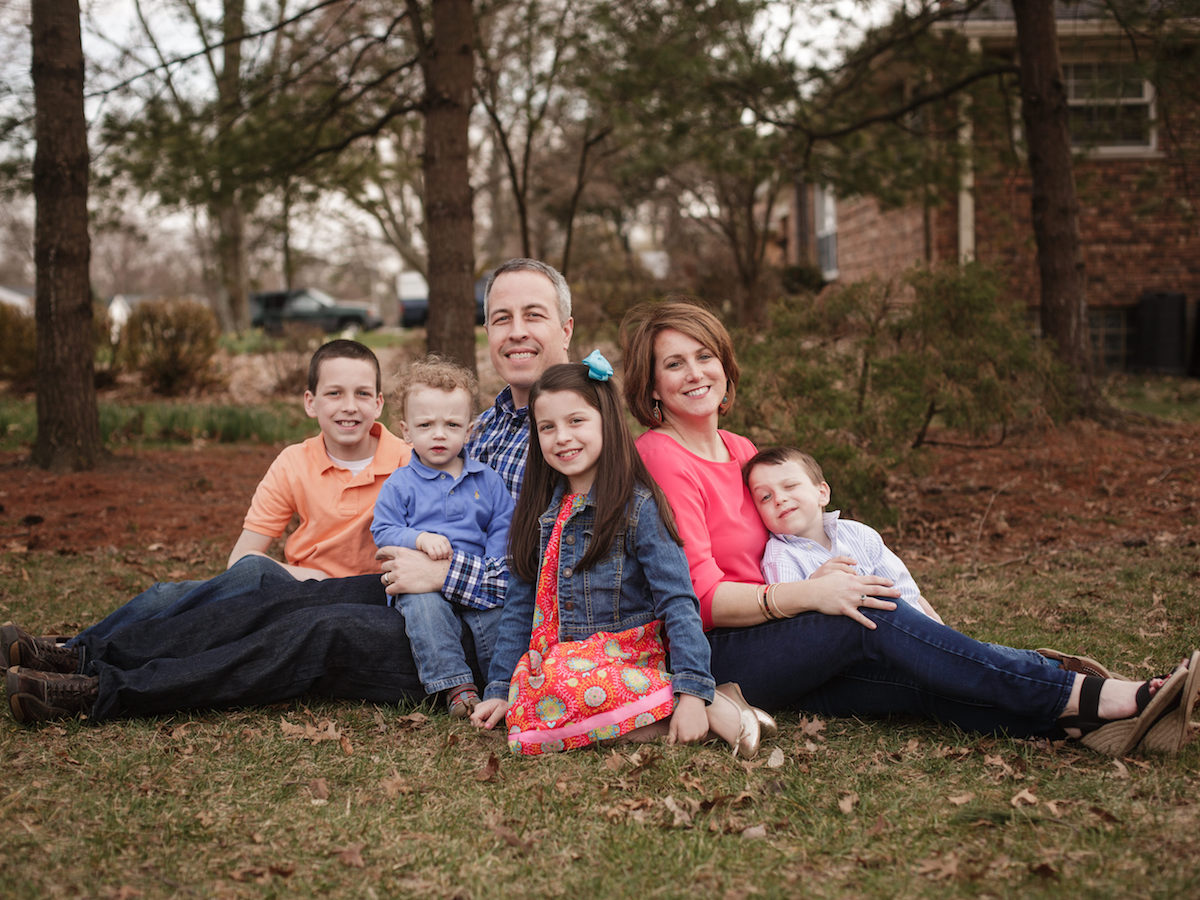 David and Blanche Michitti were bursting with excitement.

“We found out that Blanche was pregnant in the fall, in October [of 2015], and that was a pretty good high,” David says. This would be the fourth child for the Cincinnati couple.

“A few days before Thanksgiving, Blanche was diagnosed with breast cancer,” David says.

The joy of what they called the “final piece” of their family quickly turned to “uncertainty and fear,” Blanche says.

Over the ensuing months, through all the surgeries, chemotherapy and radiation, the premature birth of their son, Logan, on June 3, 2016 and then many more months of dealing with a string of health issues, David was there for his wife and their four children.

In recognition of his heroic efforts, David is one of four 2018 Step Up For Stefanie Champions, an annual award from the Stefanie Spielman Fund for Breast Cancer Research that honors exceptional caregivers. The four champions will be recognized during the Step Up for Stefanie’s Champions Walk/Run on April 21.

“It was a big emotional roller coaster,” David says. “It took a few days, maybe a week, for it to all sink in and to get your feet under you and come up with a plan to handle everything.”

The first action item on the plan was to find the right hospital.

David’s research led the couple to the Stefanie Spielman Comprehensive Breast Center, the James Cancer Hospital and Solove Research Institute and William Carson, MD. “This was a unique situation, it’s not like going to the local clinic when you have the flu,” David says of a cancer diagnosis during pregnancy. “We talked to Dr. Carson and his group and we were very happy with them.”

After her first trimester, it was safe for Blanche to undergo surgery to remove the tumor in her breast, followed by chemotherapy. “But, I couldn’t receive all the treatments they’d normally give someone, because of the baby,” she says.

After the planned C-section six weeks before Blanche’s due date, Logan was born at a Cincinnati hospital and spent his first nine days in the neonatal intensive care unit. On the night the couple finally brought him home, Blanche “developed internal bleeding as a complication and returned to the hospital,” she says. “David had to set an alarm to do scheduled, around-the-clock feedings for Logan—and be the primary caretaker for our three other children (Dominic, 11; Maddie, 9; Max, 5)—all while I was hospitalized.”

After she was released from the hospital, Blanche began an intensified course of radiation and chemotherapy. She had a series of health issues related to her surgeries and treatment, and she had to inject herself in the stomach with a blood thinner every night for more than a year.

Blanche described her husband as cool, calm and reassuring under pressure. “He had the attitude that, ‘Let’s get it done,’” she says. “And he also has a sense of humor that he used when I needed it the most.”

Like so many exceptional caregivers, David downplays the role he played.

“She went through so much more that I went through,” he says. “I was just lifting a small weight off of her and doing what I was supposed to be doing. When I saw someone so mentally and physically exhausted each day, it’s not that difficult to step up.”