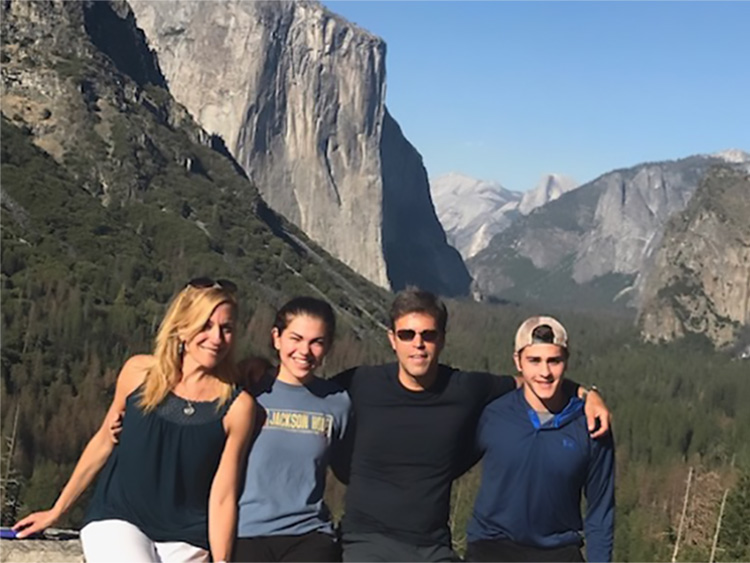 “My mom had breast cancer about eight years ago,” Garfinkel explained. “She was tested for BRCA and she didn’t have it, so I figured there’s no way I’m a carrier since she’s not a carrier.”

That assumption was dispelled when Garfinkel attended the Herbert and Maxine Block Memorial Lectureship for Distinguished Achievement in Cancer—an annual event of The Ohio State University Comprehensive Cancer Center - James Cancer Hospital and Solove Research Institute (OSUCCC – James). The speaker at the event was Mary-Claire King, PhD, the renowned scientist who discovered the BRCA gene and its link to the increased risk of breast and/or ovarian cancer.

“We’ve discovered that about half the women with BRCA1 and BRCA2 have no family history of breast cancer,” King said. “How is this possible? (The answer is that) fathers have genes too, and mutations, and in many cases women inherit it from their father.”

About 1 percent of all women have the BRCA mutation, though Jewish women of Eastern European descent have a higher rate, King said.

The alarms bells started going off in Garfinkel’s brain: She’s a Jewish woman whose grandparents are from Eastern Europe, and there is a history of breast cancer on her father’s side of the family.

Garfinkel decided to be proactive, and had a genetic test done at the OSUCCC – James in August. A few weeks later she got the call. “They said I have the BRCA2 mutation,” Garfinkel said. “It stopped me in my tracks. Do I have cancer? What do I do? I wasn’t so much panicked as I was shocked.”

Every woman is different and the guidance and treatment they each receive at the OSUCCC – James is tailored to the specifics of their case.

“We sit and talk about what it means, and we talk about how every woman is different and has different concerns,” said Doreen Agense, MD, a surgical oncologist and clinical geneticist at the OSUCCC – James. There are surgical options, such as a bilateral mastectomy or oophorectomy (the removal of the ovaries), preventative chemotherapy and more regular and intensive screening to “find the cancer earlier, when it’s smaller,” Agnese said.

The BRCA1 and BRCA2 genetic mutations lead to 5–10 percent of all breast cancer diagnoses, according to the National Cancer Institute. The mutations also lead to approximately 15 percent of all ovarian cancer cases.

Garfinkel met with her team at the Stefanie Spielman Comprehensive Breast Center of the OSUCCC – James. She opted for an oophorectomy, which was performed on December 5 at The James. She’s now doing great.

“I elected not to have the bilateral mastectomy,” she said, adding that an enhanced MRI determined there was no evidence of cancer in her breasts. She plans to continue to undergo regular screenings. “If they ever detect anything that puts me in a different category, we’ll take the appropriate actions.”

Garfinkel and her husband, Mike, have a 16-year-old daughter, Jami, as well as a son, Adam, in college.

“Jami is too young for the genetic testing—that’s something we’ll address later,” Garfinkel said. “My role is to stay informed for her on all the latest research. I told her I’ll do all her worrying for her.”

Despite the 50-50 chance that her daughter has inherited the BRCA genetic mutation, Garfinkel is extremely optimistic.

“We’re lucky to live in a time when we have so much information; information is power,” she said. “If my daughter does have BRCA2 we’ll do more screens, and I have faith that 5–10 years down the road we’ll know more and have more options. We’re so lucky to have the Stefanie Spielman Center right here and so many amazing doctors doing all this great research.”

Garfinkel has become an advocate and an educator, helping to spread the word about BRCA and the importance of genetic counseling and testing.

“It’s become personal for me. It saves lives.”