Cut Cancer Risk While Cooking Out with These Healthy Grilling Tips 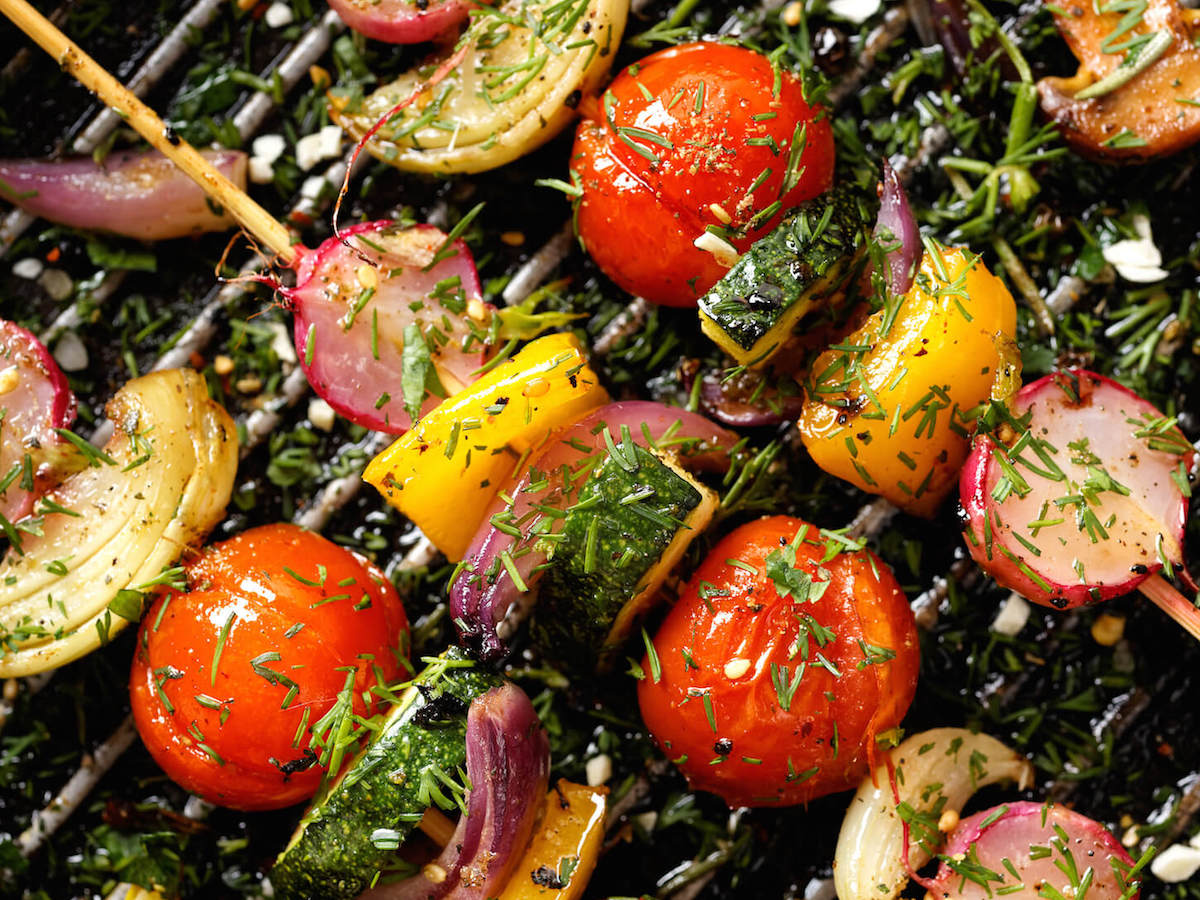 Nothing says summer like sizzling steaks and chunks of chicken dancing amidst open flames on a grill.

But before you fire up your grill for your next summer meal, consider carcinogens—specifically, those that can form on meat when it’s cooked at high temperatures.

When some commonly-eaten meats, including beef, pork, poultry and fish, are grilled, they can become homes to heterocyclic amines (HCAs) and polycyclic aromatic hydrocarbons (PAHs), which can change DNA in ways that may increase the risk of cancer, according to National Cancer Institute research.

However, this doesn’t mean you have to toss your grill.

“Moderation is the key, and adding fruits and vegetables to your menu, and to the grill, is a great alternative,” says Candice Schreiber, RD, CSO, LD, a clinical nutritionist at The Ohio State University Comprehensive Cancer Center and James Cancer Hospital and Solove Research Institute (OSUCCC – James).

Schreiber has several tips that can help you add healthy and delicious diversity to your summer menu.

Turn down the heat

Grilling at high temperatures for longer periods increases the formation of HCAs and PAHs. “The risk is highest in red meat, but still occurs in poultry and fish,” Schreiber says. “A lot of people smoke meat and fish, and that’s not great either, because they smoke for so long.”

HCAs are formed when proteins cook at high temperatures. PAHs form when meat juices drip onto hot surfaces and create smoke that attaches to food.

Grill cuts of meat that are leaner, such as chicken (skinless, light meat), fish (catfish, grouper, haddock, cod or halibut) and beef (93-percent lean), and look for meat with the word “loin” in the description.

Processed meats, such as hot dogs and sausages, contain higher amounts of nitrates and can potentially increase the risk of cancer, especially colorectal varieties.

Schreiber suggests thawing all meat completely before grilling to reduce cooking time, and removing any excess fat and skin. She also recommends cutting meat into smaller portions to further reduce time on the grill, and continually turning the meat as it cooks to cut down on charring and the formation of HCAs, while removing and discarding any charred pieces of meat before eating.

Marinate before you plate

Marinating meat for even a few minutes can “help create a barrier,” Schreiber says. “Use marinades that are light and thinner to help prevent charring.”

“Always check to make sure your meat is cooked through and to the right temperature,” Schreiber says. “Raw meat can contain food-borne illnesses that can be a real problem for cancer patients with weakened immune systems.”

Fruits and veggies to the rescue

Almost any vegetable can be grilled, and so can many fruits.

“Grilling watermelon adds a smoky flavor and still preserves the sweetness,” Schreiber says, adding that grilled pineapple with avocado and tomato makes for a “sweet salsa.”

Those who want to reduce, rather than replace meat, can create combos via kabobs, skewering peppers, onions, tomatoes and other vegetables with the lean proteins of their choice.

To sum up: when grilling, the more veggies you choose, the better, because they don’t form HCAs when cooked at high temperatures, Schreiber says. “I tell people, if you like the char taste, char your vegetables.”

How much is too much

“People always want a black-and-white answer about the exact temperature to cook meat or how much they can consume,” Schreiber says. “We don’t have the exact answers, so that’s why we suggest reducing and limiting how much meat you eat, especially red meat—the American Institute for Cancer Research recommends 18 ounces or less per week—and to follow all these tips on how to prepare and cook meat. And, incorporate more fruits and vegetables and whole grains into your diet and your cookout. They have so many healthy benefits.”