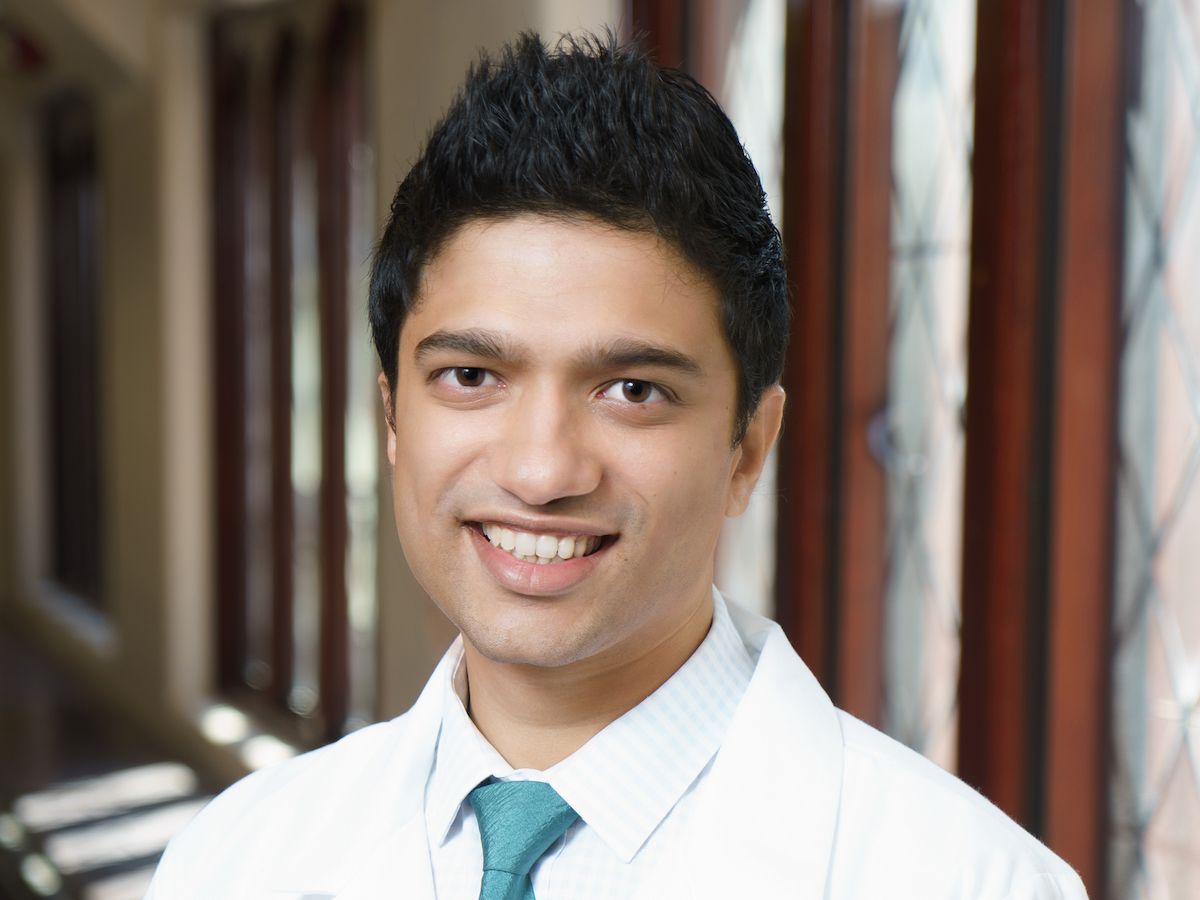 Cancer has impacted the family of Sagar Sardesai, MBBS, for as far back as he can remember.

Fighting back against this deadly disease—and the BRCA2 genetic mutation that has been present in members of his family, including himself, for generations—inspired Sardesai to become an oncologist and an epidemiologist.

“We have had a lot of breast and ovarian cancers in my family over the years,” says Sardesai, a breast cancer medical oncologist and researcher at The Ohio State University Comprehensive Cancer Center – Arthur G. James Cancer Hospital and Richard Solove Research Institute (OSUCCC – James).

Inspired to become an oncologist and researcher when his mother Ragini was diagnosed with ovarian cancer in 2005, Sardesai specializes in studying the predictive markers in breast cancer. Among his areas of research are the link between obesity and increased risk for breast cancer, and the improvement of communication and education to help women reduce risk through healthy lifestyles.

Sardesai’s journey to the OSUCCC – James began in India, where he attended the Topiwala National Medical College. Soon after, he came to the U.S. to further his medical education, earning a master’s degree in public health at the University of Texas Health Science Center, followed by an internal medicine internship at the University of Buffalo School of Medicine and fellowship training at Indiana University. He came to the OSUCCC – James in 2016.

“The James offers the best of the best—opportunities to collaborate with multidisciplinary experts in prevention, diagnosis and treatment of cancer, and to be part of practice-changing research striving for better patient care with bringing us closer to our shared vision of a cancer-free world.”

While his mother’s battle against breast cancer combined with his career to give the disease a significant presence in Sardesai’s life, a genetic test would soon expand its impact.

“About four years ago, we were finally able to have [my mother] undergo genetic testing, and we discovered she has the BRCA2 genetic mutation,” Sardesai says.

While breast cancer occurs much less frequently in men than women—approximately 2500 men are expected to be diagnosed in 2018 compared to 266,000 women, according to the American Cancer Society—the BRCA2 genetic mutation increases the risk regardless of sex.

“With the BRCA2 gene, there’s about a 7 percent chance a man will develop breast cancer in his lifetime,” Sardesai says.

Sardesai and his sister both had a 50-50 chance of inheriting BRCA2 from their mother, and they each have the mutation.

“My sister lives in New Jersey, and she’s part of a high-risk breast cancer clinic,” he says, adding that the regular screenings his sister now undergoes will allow her doctors to detect possible tumors in her breast or ovaries at very early stages, greatly increasing the odds of successful treatment.

Multiple studies have shown a link between obesity and increased odds of several types of cancer—findings made more alarming by current obesity rates.

Sardesai and his colleagues at the OSUCCC – James, and at other centers, are still decoding why obesity increases the risk of breast cancer.

“It is very likely associated with inflammation,” Sardesai says. [“Obesity] increases systemic and in-breast chronic or persistent low-grade inflammation that seems to alter the environment in breast tissue that promotes carcinogenesis.”

Research has also shown that obese women diagnosed with breast cancer have lower long-term survival rates than women with lesser body mass indexes (BMI), and that losing weight can help improve outcomes for obese women once they are diagnosed with the disease.

Because of all of this, Sardesai works to better educate women about the link between obesity and breast cancer, and to help them better understand healthy lifestyle choices, including well-balanced diets and regular exercise. He also strongly advocates for genetic testing among families with histories of breast and ovarian cancers to identify possible mutations.

“It was hard for me to convince everyone in my family to be tested,” Sardesai says, adding that his persistence eventually paid off with the testing of several relatives. “You can’t hide from it.”

Sardesai’s mother was successfully treated for her ovarian cancer and is doing great, splitting her time between India, New Jersey and Columbus, where she stays with Sardesai, his wife Poorval and their four-year-old son Rishi.

“Watching my mom fight through cancer was hard, but it’s what led me here,” Sardesai says. “It’s a disservice for any woman to have BRCA and not know it. We need to move to broader genetic testing so that no woman with BRCA ever dies from breast or ovarian cancer.”

Meet Our Faculty and Staff, Toward a Cancer-Free World