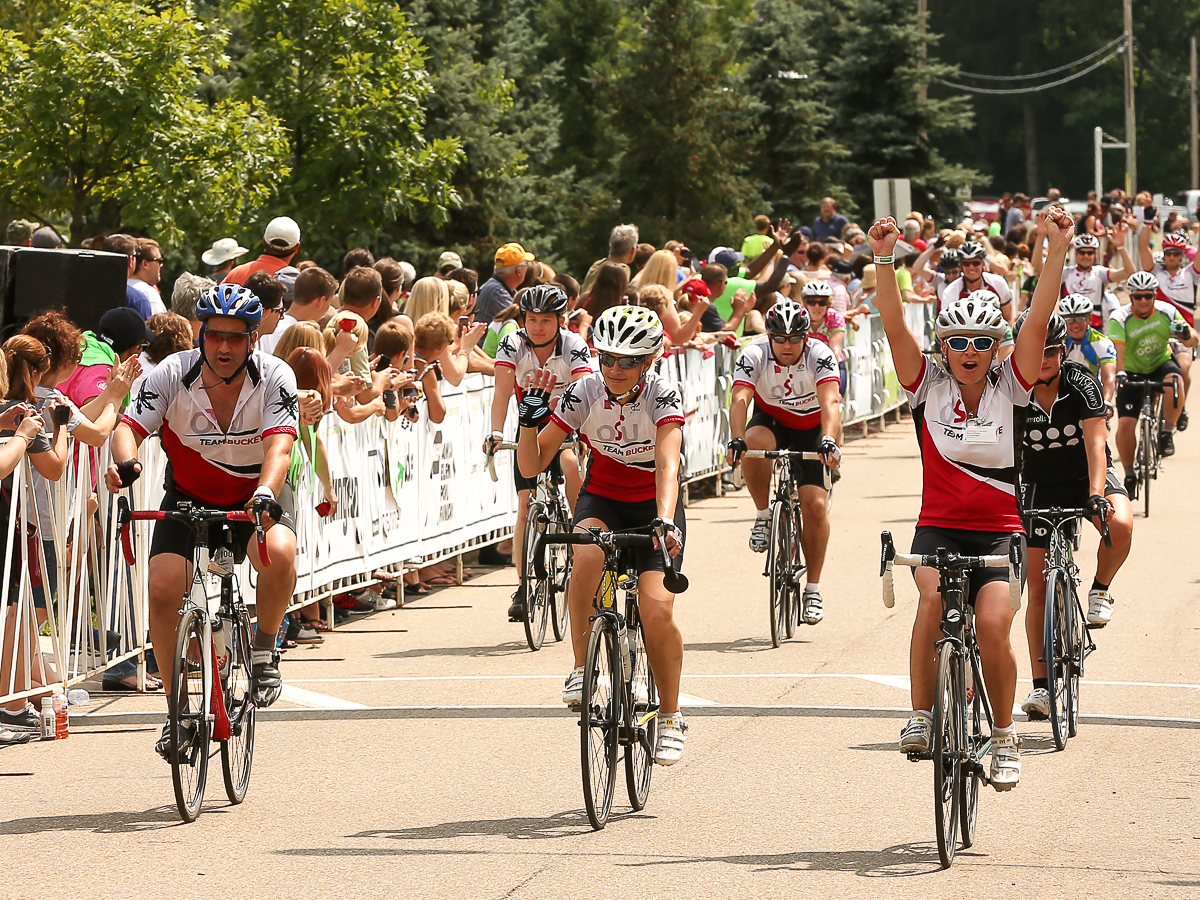 Pelotonia staff presented a check for the new total – which pushes the overall five-year tally for this popular event to more than $61 million – to OSUCCC Director and James CEO Michael A. Caligiuri, MD, at a ceremony in early December.

Thanks to Pelotonia’s generous sponsors – including Limitedbrands Foundation, Huntington, and Richard and Peggy Santulli – every cent raised by riders, virtual riders and donors will support cancer research at the OSUCCC – James.

The money supports projects addressing many aspects of cancer, including diagnosis, treatment, psychosocial issues and prevention. Projects funded by Pelotonia include a fellowship program for student researchers working in the labs of faculty mentors, “idea” grants for teams of faculty researchers, sophisticated equipment to aid researchers in their work, and recruitment/retention of top cancer researchers and programs.

Pelotonia 13 took place Aug. 9-11 with routes between Columbus and Kenyon College in Gambier, Ohio. The event drew a record 6,723 riders from 41 states and nine countries, as well as 3,451 virtual riders and more than 2,300 volunteers.

Among the Pelotonia 13 participants were 1,914 members of Team Buckeye, the official superpeloton (riding group) of The Ohio State University. Team Buckeye consisted of 1,178 riders in 90 pelotons, as well as 614 virtual riders and 122 volunteers. The collective Team Buckeye fundraising total was $2,269,222.

Visit www.pelotonia.org to register for Pelotonia 14, which will unfold from Aug. 8-10.