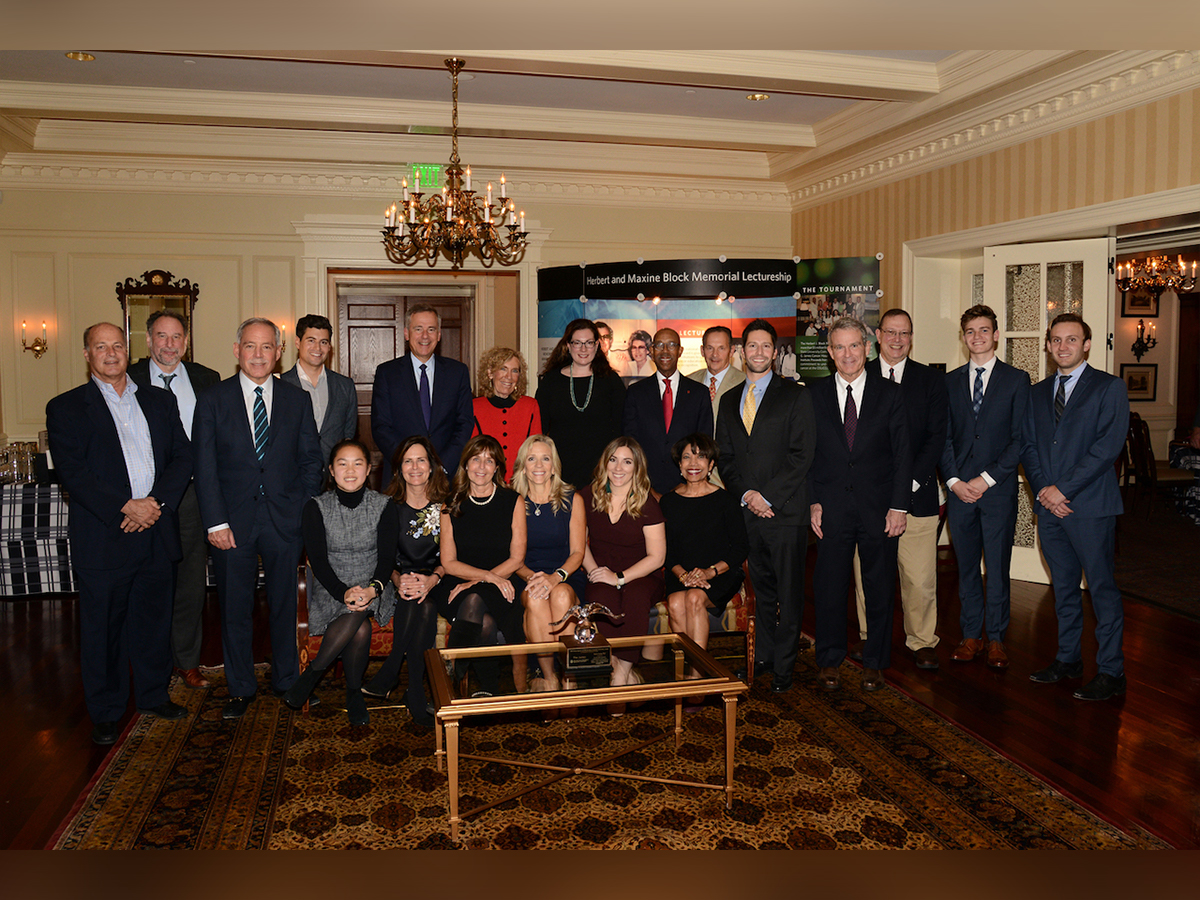 Collaboration is a key part of the effort to create a cancer-free world.

“Scientists need to rely on each other for information and to share findings and come up with new approaches,” says Elaine Fuchs, PhD, a world-renowned leader in the study of the connection between skin stem cells and cancer.

Fuchs recently visited the OSUCCC – James to deliver the 24th annual Herbert and Maxine Block Memorial Lectureship Award for Distinguished Achievement in Cancer. She is an investigator at the Howard Hughes Medical Institute and the Rebecca C. Lancefield Professor of Mammalian Cell Biology and Development at the Rockefeller University in New York City.

“[Fuchs] is one of the top internationally recognized researchers in how skin stem cells work,” says Raphael Pollock, MD, PhD, director of the OSUCCC. “She’s interested in how they respond to physiologic stress and how this can lead to diseases and cancer, and in particular squamous cell carcinoma, a cancer of the skin. She’s mentored hundreds of young scientists, and this lecture is a continuation of that type of collaboration and sharing of information.”

Herbert Block passed away from colon cancer in 1981, and soon after, his family – including his wife, Maxine, who has since passed away from cancer – and their children, Jeri, Jeff, Jay, Janis and Julie Block Glassman, created the Block Memorial Tournament. The annual golf event has raised more than $6 million, funding important research at the OSUCCC – James. The Block Lectureship series began in 1992 as a way to bring leaders of the cancer community, such as Fuchs, to the OSUCCC – James to share their ideas and research, and to inspire collaboration.

“Our goal with the lectureship is to bring in the best and brightest to spend a couple of days with our doctors, medical students and the leadership,” Jeff Block says. “If you look at our list of recipients, it's the who's who in their respective fields.”

“The lectureship has become so meaningful to us,” adds Block Glassman. “The beauty of it is the collaborative effort between our doctors and researchers and our students and the people we bring in from these other wonderful cancer centers and how we then all join in together in the same fight.”

Block Glassman’s son, Josh Barkan, is one of the leaders of the NextGen James Ambassadors Society, a growing group of young professionals in their 20s and 30s committed to raising awareness and research funds for adolescent and young adult cancer patients and survivors. The group’s annual Mac & Cheese Festival has become a fundraising success story.

“I couldn’t be prouder,” Block Glassman says. “It’s so important to pass this on to the next generation, and that’s what they’re doing.”

The title of Fuchs’ talk was “Skin Stem Cells: In Silence, Stress and Cancer.” She explained the work of her lab, which focuses on understanding skin stem cells and the overall process of tissue dynamics in normal skin development, homeostasis (stability and balance within a cell) and wound repair. This work builds a foundation for understanding how these processes can go awry as people age, as well as in genetic skin diseases. Fuchs also explained how, in many patients, slow-growing cancerous stem cells are able to develop a resistance to chemo- and immune-therapies that eventually result in relapse.

“That is the challenge – to understand how stem cells are regulated and how they can be switched off,” says Zihai Li, MD, PhD, the founding director of the OSUCCC – James Pelotonia Institute for Immuno-Oncology. “This will offer better treatment in the future, and that’s the promise of [Dr. Fuchs’] research.”

The road to success

Fuchs says the Block Lectureship provides a two-way street for collaboration. “These types of opportunities, where I’ve visited and talked to different people as I have here at The James, really help start collaborations,” says Fuchs, adding that two of the graduate students in her lab are Ohio State alumni. Because her work is lab-based, she is interested in building bridges with clinicians in major comprehensive cancer hospitals such as The James.

As part of the Block Lectureship, recipients receive a $50,000 award for continued research. The lectureship now also includes a mentee program in which a young, promising OSUCCC – James researcher receives a $25,000 research grant, as well as the opportunity to work with the lectureship awardee. This year’s recipient is Maria Mihaylova, PhD, whose research focuses on understanding the effects of diet and aging on cellular metabolism.

“The [OSUCCC – James] has made tremendous strides in the last 10 years, and people are taking notice,” Fuchs says. “They recognize the contributions that have been made by the cancer center. In my view, this is just the tip of the iceberg, and I look forward to what happens in the next 10 years.”