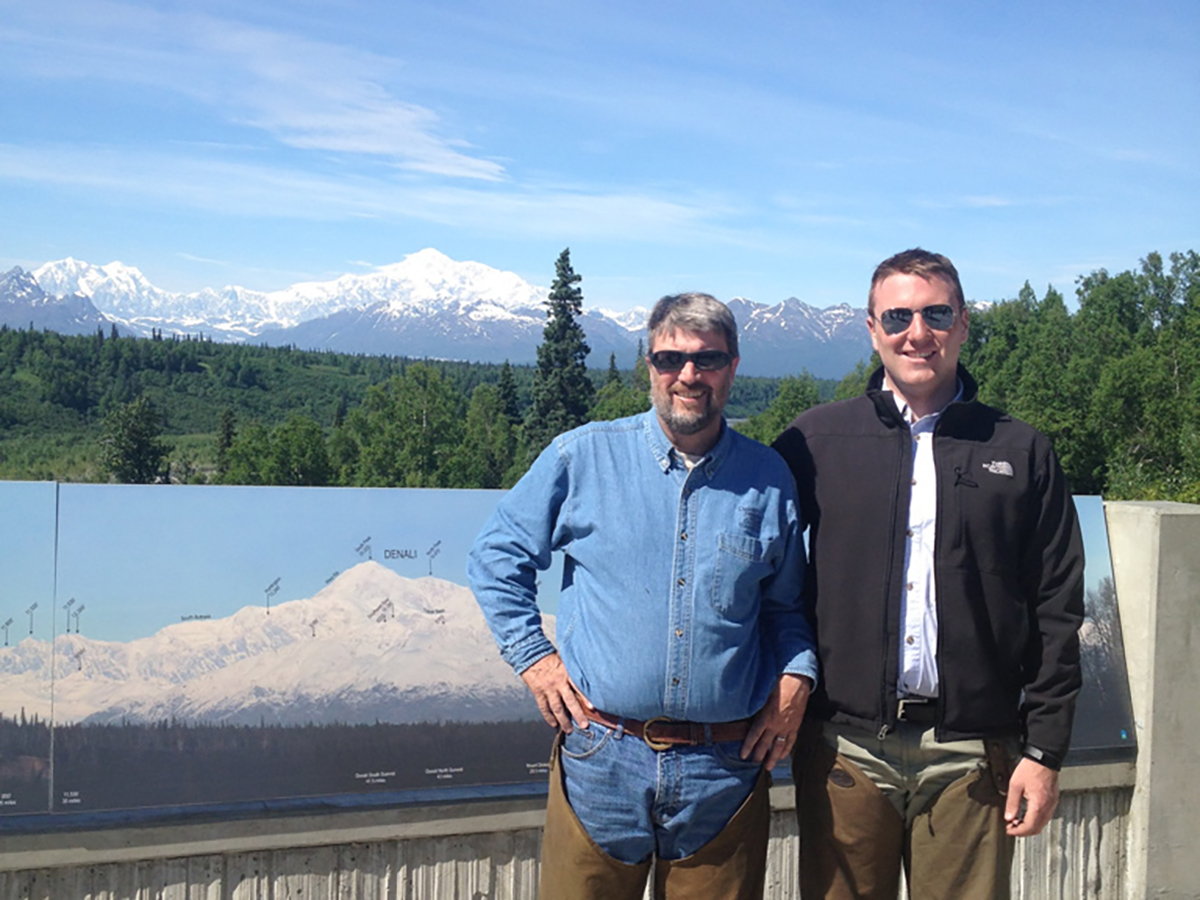 In February 2017, Mitch Happeney will join 15 other people in an 11-day quest to climb Mount Kilimanjaro to raise awareness – and much needed research funding – for multiple myeloma, a form of blood cancer that has put his father, Randy, in and out of treatment since 2008.

For Mitch, climbing the highest peak in Africa and world’s tallest free-standing mountain represents much more that an opportunity for adventure: It is symbolic of how much his dad means to him and his personal commitment to support research that will lead to better treatments for his dad and others affected by the disease.

Mitch is no stranger to adventure trips. The 28-year-old materials planning and execution specialist with GE Aviation in Cincinnati, Ohio, shares a passion for outdoor pursuits with his father, Randy. Together they have been on a month-long motorcycle trip from Ohio to South Dakota, North Carolina and Alaska as well as trips to Mozambique, South Africa. Both trips were after Randy’s initial diagnosis and treatment for multiple myeloma.

“It’s been hard to watch my dad fight this disease. It causes disruption in your family and it affects everyone. We all have our ups and downs – most of which are never verbalized. You find a way to go on and cope with the situation. Climbing this mountain is a way to show my dad just how much he means to me,” says Mitch, who will travel to Denver, Colorado, July 9-10, 2016, for a training climb. It will be the first time he meets his mountaineering companions, most of whom have never scaled Kilimanjaro’s 19,341-foot elevation.

Although Randy’s doctors tell him joining Mitch in the February 2017 is ill advised, he’s not one to let people tell him no.

“My mantra has always been that this diagnosis is not going to affect my day to day life. I have continued to work, travel and do the things I enjoy. The idea of climbing this mountain is the first time my oncologist has told me no … but I’m not sure I’m going to listen,” he said, which has been generally true according to his wife, Marcy, a retired schoolteacher.

“He works non-stop. He refuses to let this slow him down,” she says. The couple currently makes the hour trip from their home from Lancaster, Ohio, to the OSUCCC – James for a three-drug chemotherapy treatment every Friday under the care of Craig Hofmeister, MD.

Mitch’s goal is to raise $10,000 for multiple myeloma research.

“My dad is here today because of the research taking place at Ohio State and across the world. I want to support that because I know it is the future for my dad and for the thousands of other patients affected by this disease,” adds Mitch.

An estimated 30,000 people are diagnosed with multiple myeloma in the United States annually. The disease develops in the plasma blood cells found in bone marrow. Over time, myeloma cells multiple and limit the production of healthy blood cells in the bone marrow. The myeloma cells make bones weak, often resulting in patients being diagnosed with the disease after a bone break from an activity that would normally cause no harm.