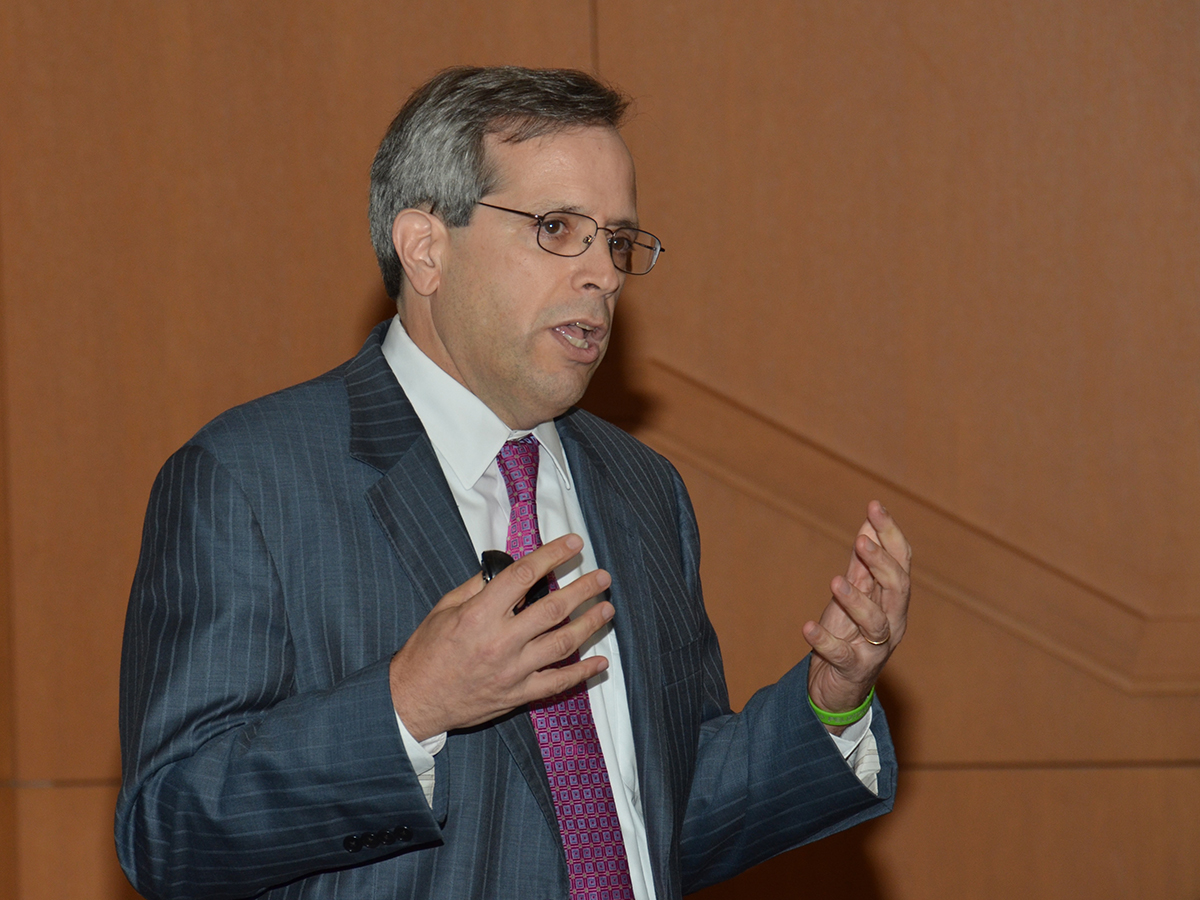 It takes a community and a lot of support to build and fund one of the world’s best cancer hospitals and research facilities, said Michael A. Caligiuri, MD, Director of The Ohio State University Comprehensive Cancer Center – James Cancer Hospital and Solove Research Institute (OSUCCC – James) at his annual State of the Cancer Program Address late last year.

The James Foundation Board has helped raise $420 million in the past seven years, as part of the university-wide “But For Ohio State” campaign, which raised more than $3 billion total.

“We have such wonderful partnerships throughout the community,” Dr. Caligiuri said.

An example of this came a few hours after his State of the Cancer Program talk, as Dr. Caligiuri and hundreds others gathered in celebration as Pelotonia announced its 2016 bike ride had raised $24.1 million for the OSUCCC – James. This brings the eight-year total to $130.2 million.

Pelotonia is a grassroots bicycle tour that raises millions for cancer research at the OSUCCC – James each year.

“Raising this amount of money in this amount of time is unprecedented in the country and probably the world,” Dr. Caligiuri said.” We have phenomenal leadership from (Pelotonia President and CEO) Doug Ulman and his team. Talk about passion, they live it every day.”

Some of the many other community partners and events that fund research and other programs at the OSUCCC - James include:

“It’s amazing what our community does,” Dr. Caligiuri said. “How do you say thank you for all they do?”

This part three of a four-part series on Dr. Michael Caligiuri’s annual State of the Cancer Program Address. Check back next week for a look at how the OSUCCC – James is changing the landscape in cancer care and research. Read the rest of the series at the links below:

Part one: State of Research at the OSUCCC – James

View the 2016 State of the Cancer Program in its entirety here.