What You Need to Know About Immuno-Oncology 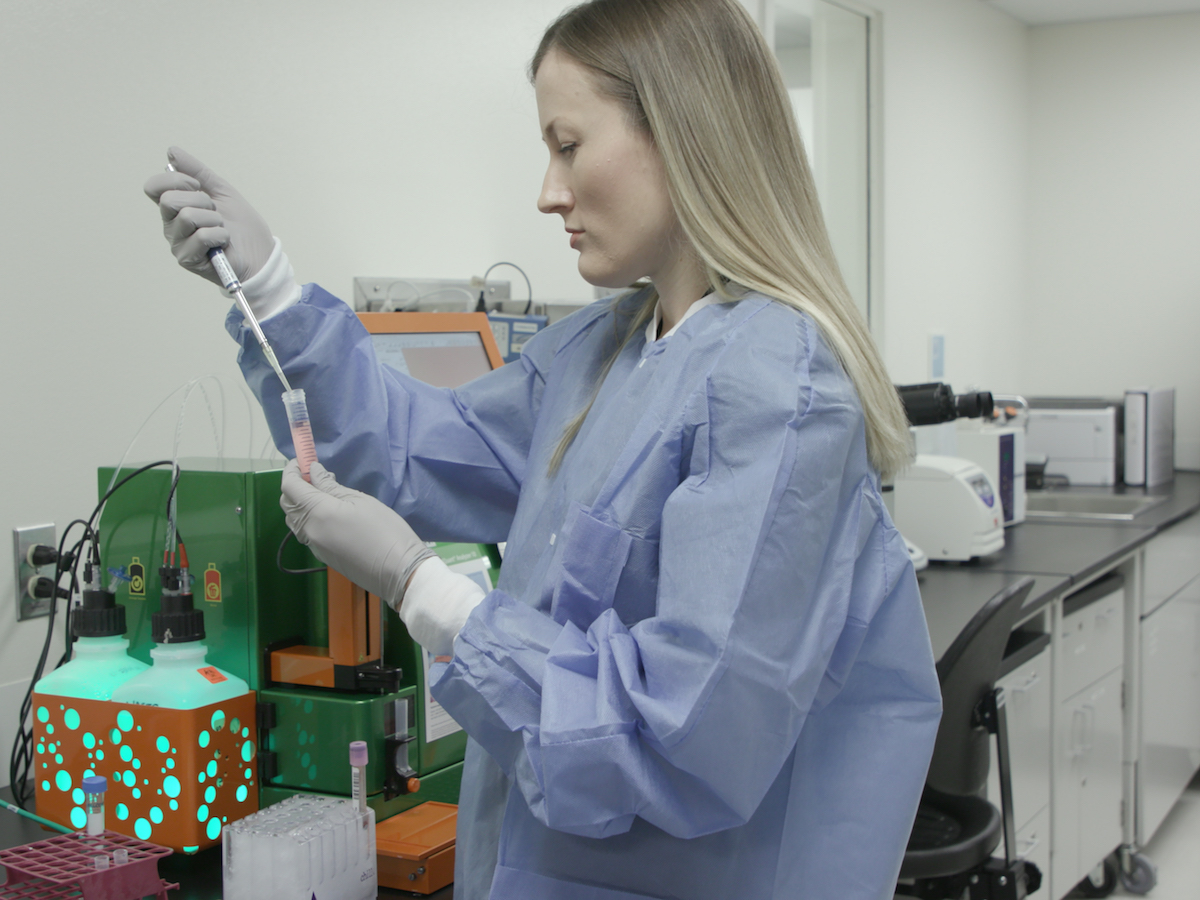 When Laura Schoettmer asked her doctor about a lump on her jawline, she never thought it would lead to a diagnosis of cancer.

The spot turned out to be nothing of concern, but imaging revealed a nodule on her thyroid gland. A biopsy showed that the nodule was benign, but within three months, it had tripled in size and had to be removed. In the meantime, Laura discovered a second lump – this one behind her ear – so the surgeon agreed to remove it at the same time.

Two days after her surgery, she learned the lump behind her ear was lymphoma, a form of blood cancer.

“I was absolutely shocked, because I felt fine. I’d had no symptoms except excessive night sweats, which I attributed to menopause. I had no idea this was a symptom of lymphoma until I was diagnosed,” Laura recalls.

She was referred to a private practice oncology group but quickly transferred her care to The Ohio State University Comprehensive Cancer Center – Arthur G. James Cancer Hospital and Richard J. Solove Research Institute (OSUCCC – James), where she was treated by Robert Baiocchi, MD, PhD, and his team.

“Every single person I encountered at the OSUCCC – James was so positive and reassuring. I felt completely cared for. That compassion and positivity kept me going,” Laura says.

She underwent six rounds of chemotherapy, given in combination with an immune-boosting drug called rituximab. On Aug. 8, she will have been cancer-free for one year.

While Laura found fulfillment in her volunteer work in the chemotherapy unit at the OSUCCC – James for several years before her own diagnosis, the work is even more meaningful to her now as she approaches it with new perspective.

“I know I am fortunate. So many others go through much more difficult treatment or will be on treatment for the rest of their lives. I have experienced guilt that my cancer is gone and so many others continue to deal with this disease,” says Laura.

Immuno-oncology is being lauded as the next frontier of promising new cancer treatments for both solid and blood cancers. In July 2019, the OSUCCC – James launched the Pelotonia Institute for Immuno-Oncology (PIIO) to further support discoveries in immuno-oncology that will lead to bedside treatments focused on harnessing the body’s immune system to fight cancer at all levels – from prevention to treatment and survivorship.

This includes advanced cellular laboratory facilities, immune-monitoring and discovery platforms, immunogenomics, systems immunology and other research areas for start-up initiatives and national collaborations with other academic centers and industry partners. Zihai Li, MD, PhD, serves as founding director of the PIIO and will help Ohio State build upon its already strong endeavors in immunotherapy.

Immuno-oncology is a new discipline that studies how the immune system works against cancer. Its goal is to develop effective immunotherapies, which are different from chemotherapy or radiation because they focus on boosting the body’s immune system. Instead of directly targeting cancer cells, immunotherapy helps the immune system better fight cancer, offering a less invasive treatment option than traditional therapy.

Another advantage of immunotherapy is that utilizing the immune system allows the body to kill metastatic disease, lowering the chances of relapse. Of course, immunotherapy has drawbacks. One risk is that it may make the immune system too strong, resulting in an autoimmune disease. Additionally, some cancers don’t respond as well to immunotherapy, which might change a patient’s treatment options. Many questions remain to be answered in the field of immuno-oncology.