Subaru Continues to "Share the Love" with the Spielman Fund

For more information on this promotion, visit go.osu.edu/sharethelove2014.

The cold weather didn’t stop the third annual Courage, Conquer and Cure 5K from having another year of record-breaking participation and fundraising. On Saturday, October 4, 2014, over 880 walkers and runners gathered on the streets of downtown Canal Winchester to show their support and desire for conquering breast cancer. Tracy Townsend, 10TV news anchor and reporter, returned for her second year to emcee this special event. William Farrar, MD, medical director of the Stefanie Spielman Comprehensive Breast Center at Ohio State’s Comprehensive Cancer Center – James Cancer Hospital and Solove Research Institute (OSUCCC – James), spoke on behalf of the OSUCCC – James and the Spielman Fund about cancer research being performed at Ohio State, in large part due to dollars raised at events like Courage, Conquer and Cure. Then, taking the stage to give thanks to all involved, Maddie Spielman, Stefanie’s oldest daughter, spoke about her family’s commitment to carry on her mother’s mission. Plaques were presented to Canal Winchester Mayor Michael Ebert for the generous support given by the city. In addition, Farrar received the Award in Excellence for Patient Care, and Jodi Monahan received the Janet Downs Survivorship Award.

The day included vendor booths, raffle items and live music from Bad Influence. The third annual Courage, Conquer and Cure 5K raised more than $25,000 for the Spielman Fund, bringing the three-year total to more than $65,000.

The James is thankful for the corporate support of Central Ohio Jersey Mike’s Subs stores, which collectively donated more than $29,930 to the Stefanie Spielman Fund for Breast Cancer Research from the company’s Day of Giving and Month of Giving promotion. Local Jersey Mike’s locations asked for donations for the Spielman Fund during March and donated 100 percent of sales to the cause on March 25, 2015. In two years, Jersey Mike’s has donated over $50,500 to the Spielman Fund. A special thank you goes out to the store managers who make this event possible and to the store employees for their enthusiasm and service.

Durango, a division of Rocky Brands Inc., is promoting breast cancer awareness once again by donating $2 per pair sold of its Pink Ribbon western boot (RD3557)—up to $35,000 annually—to the Stefanie Spielman Fund for Patient Assistance. Rocky Brands Director of Marketing Amber Vanwy presents Maddie Spielman with a check for $35,000 from the 2014/2015 campaign. To order these unique and beautiful boots, see durangoboot.com/pink-ribbon.http://durangoboot.com/pink-ribbon 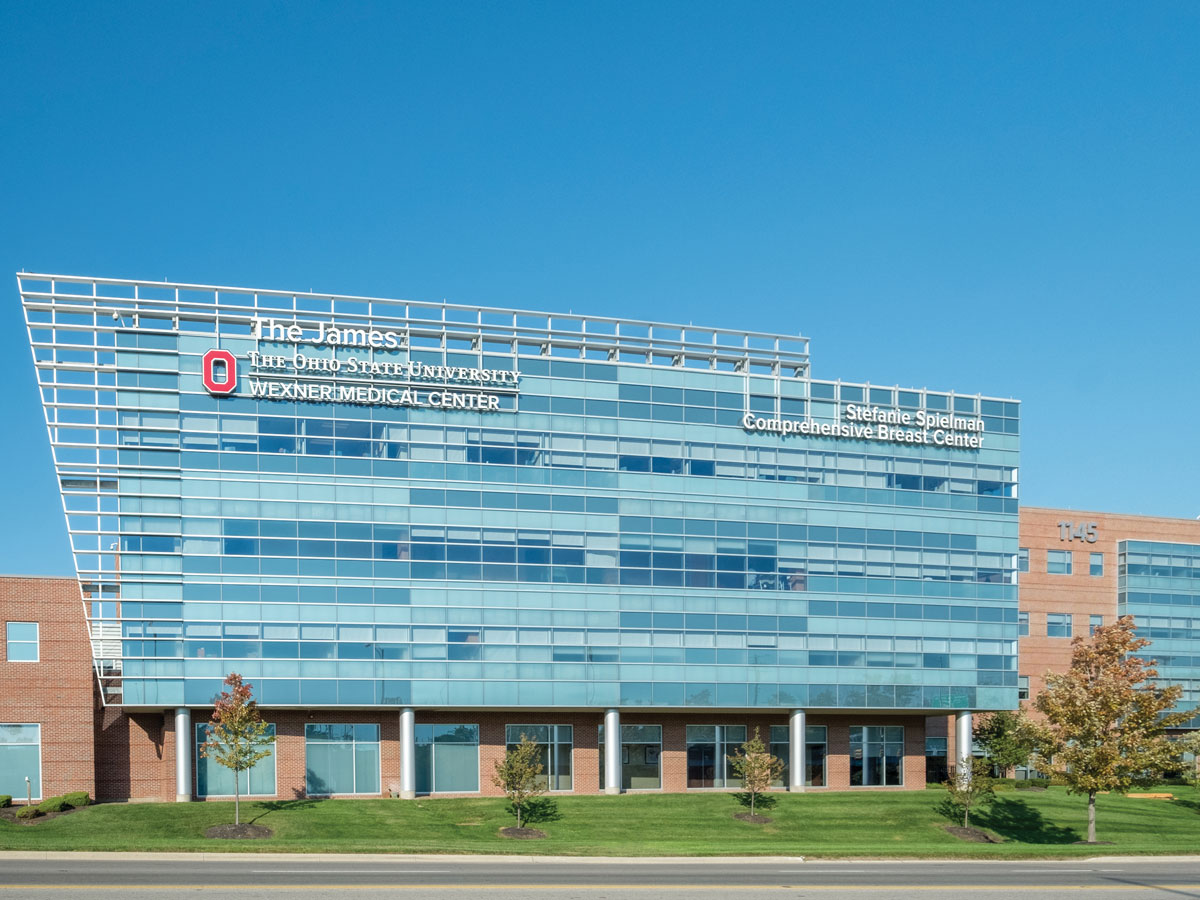