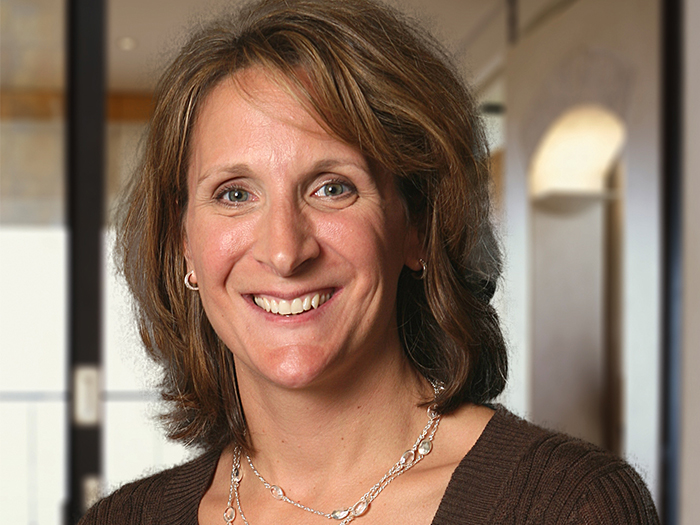 COLUMBUS, Ohio – The risk of developing cancer in a salivary gland might be higher in people with mutations in either of two genes associated with breast and ovarian cancer, according to a new study by researchers at The Ohio State University Comprehensive Cancer Center – Arthur G. James Cancer Hospital and Richard J. Solove Research Institute (OSUCCC – James).

Although salivary gland cancer is rare, this retrospective study suggests it occurs 17 times more often in people with inherited mutations in genes called BRCA1 and BRCA2, than those in the general population.

“Further study is needed to confirm this preliminary result, but I believe that a BRCA-positive patient with a lump in a salivary gland should have that lesion evaluated as soon as possible,” says co-author Theodoros Teknos, MD, professor and chair of otolaryngology, director of head and neck oncologic surgery, and the David E. Schuller, MD, and Carole H. Schuller Chair in Otolaryngology at the OSUCCC – James.

The findings are published in the journal JAMA Otolaryngology-Head and Neck Surgery.

The study’s principal investigator, Rebecca Nagy, MS, a certified genetic counselor and clinical associate professor of human cancer genetics at the OSUCCC – James, recommends that individuals who carry a BRCA mutation need to be made aware of this possible association.

“The finding should be considered during genetic counseling of families with inherited BRCA1 or BRCA2 mutations,” says Nagy, who is also immediate past president of the National Society of Genetic Counselors. “In the future, patients with salivary-gland cancer and their family members might be referred for BRCA testing, or carriers of BRCA mutations might undergo surveillance for salivary gland cancers.”

Cancers of the salivary glands are rare in the United States, with about three cases occurring annually per 100,000 adults in the general population (0.003 percent).

For this study, Nagy, Teknos, first-author and medical student Tim Shen and their colleagues searched a large BRCA-gene-mutation database maintained by the OSUCCC – James Clinical Cancer Genetics Program for salivary gland cancers.  Out of 5,754 people with mutations in either the BRCA1 or BRCA2 gene, the researchers identified three cases of salivary gland cancer (0.052 percent).

“I would like physicians and dentists to realize that BRCA mutations carry risks for salivary gland cancer as well as breast cancer, and to remember that salivary glands include not only the paired parotid glands and submandibular glands but also innumerable minor salivary glands in the oral cavity,” Teknos says.

Funding from the Sandy Slomin Foundation supported this research.

Other researchers involved in this study were Amanda Toland and Leigha Senter.

The Ohio State University Comprehensive Cancer Center – Arthur G. James Cancer Hospital and Richard J. Solove Research Institute strives to create a cancer-free world by integrating scientific research with excellence in education and patient-centered care, a strategy that leads to better methods of prevention, detection and treatment. Ohio State is one of only 41 National Cancer Institute (NCI)-designated Comprehensive Cancer Centers and one of only four centers funded by the NCI to conduct both phase I and phase II clinical trials. The NCI recently rated Ohio State’s cancer program as “exceptional,” the highest rating given by NCI survey teams. As the cancer program’s 228-bed adult patient-care component, The James is a “Top Hospital” as named by the Leapfrog Group and one of the top cancer hospitals in the nation as ranked by U.S.News & World Report.