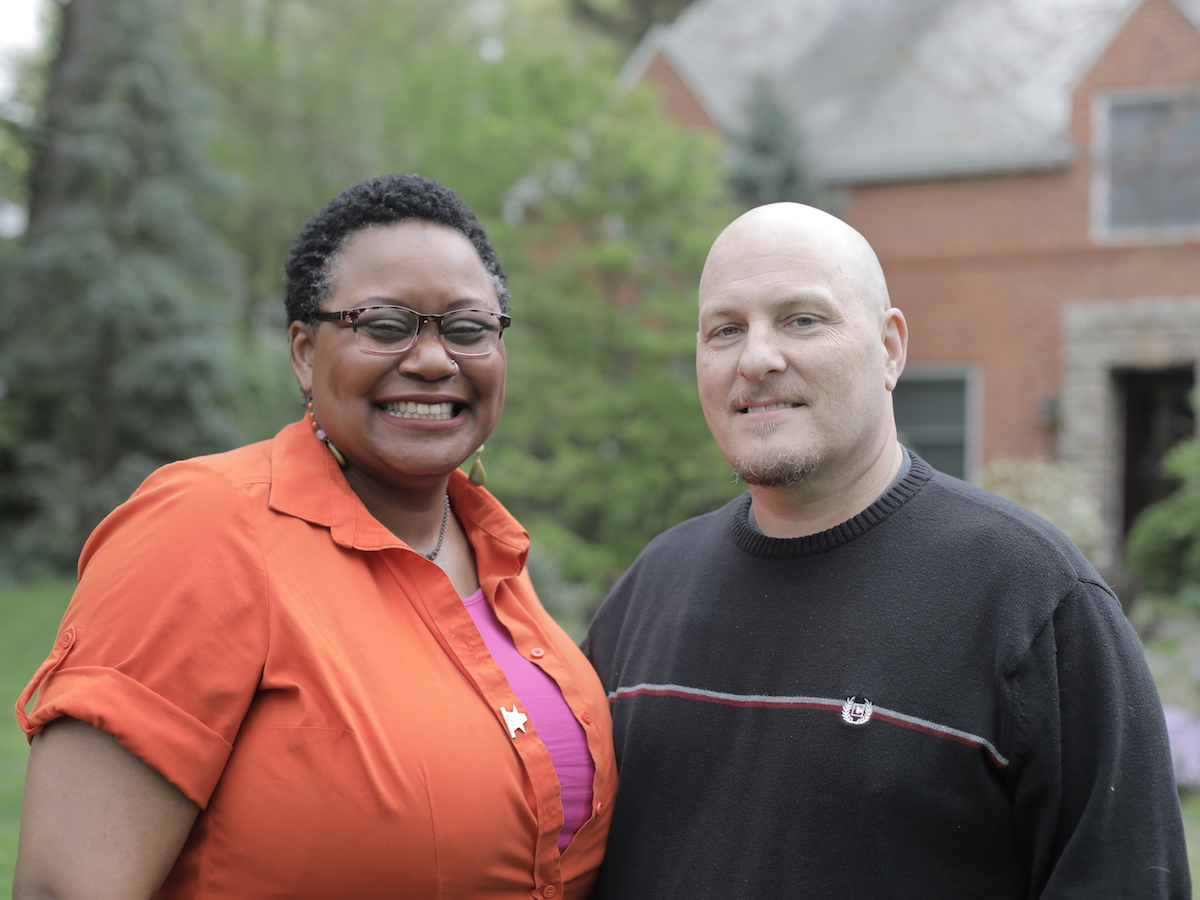 Brian Baker and his wife Lachandra sat in an examination room in late December 2015. After experiencing what he thought to be a minor injury from a basketball game a few months prior, Brian suspected his debilitating back pain might be something more serious.

He was diagnosed with follicular stage 3 non-Hodgkin lymphoma, a slow-growing, incurable blood cancer.

Brian recalls the ride home, his feeling of panic and his countless questions. Lachandra calmly reassured him, “It’s going to be all right. We will get through this together. We will beat this.”

Those were words that Brian needed to hear – a reminder that he was not alone.

In early 2016, Brian began chemotherapy, and Lachandra was at every appointment. She spent hours by his side as he received treatments, working diligently on her laptop while attending to his every need. After months of treatment, Brian was in remission.

When he discovered a lump in his neck several months later and was diagnosed with diffuse large B-cell lymphoma – a more aggressive but more treatable cancer – Lachandra once again remained calm and reassuring.

“It was because of her encouragement that I found a renewed energy to face this cancer head-on and fight,” Brian says.

He received a stem cell transplant at The Ohio State University Comprehensive Cancer Center – Arthur G. James Cancer Hospital and Richard J. Solove Research Institute (OSUCCC – James). During his four-week hospital stay, he was concerned about Lachandra having to juggle being a full-time mother to their active teenage daughter, a full-time professional communicator, an entrepreneur, a community volunteer and now a caregiver.

With unwavering love and support from his wife, Brian found himself in remission once again.

Lachandra and Brian took advantage of his remission, traveling to places Brian had never been. He began pursuing a second academic degree and signed up for Pelotonia 2018 as a first-time rider. Lachandra had rode the prior year to honor him, and that inspired Brian to ride as well.

Shortly thereafter, cancer was diagnosed in three locations in his abdomen, and he was recommended for CAR-T cell immunotherapy, a newer type of treatment.

“With my wife’s backing, I wanted to ride in my first Pelotonia before I went in for treatment – then it was time to get back to the unenviable task of fighting cancer,” he recalls. “As the days went by, I felt the aches of my cancer intensifying."

His treatment was still another week away, but Lachandra insisted on taking him to the emergency room.

“My wife’s concern for me that crisp November day may have just saved my life,” he says.

Brian was diagnosed with two blood clots – one in each lung – accelerating his care and extending his hospital stay. For the next 34 days, he endured blood clots and neurotoxicity.

Lachandra stayed with him day and night for the first three weeks, even though he urged her to stay home to take care of herself. She was recovering from her own surgery but wouldn’t leave his side.

“Since my diagnosis, we have re-evaluated everything in our lives,” says Brian, who is in partial remission after the CAR-T cell treatment. “We have decided to focus more on others than ourselves. We have decided that things do not matter as much as experiences. One thing I know for sure is I could not have made it this far without the love of my life – my wife.