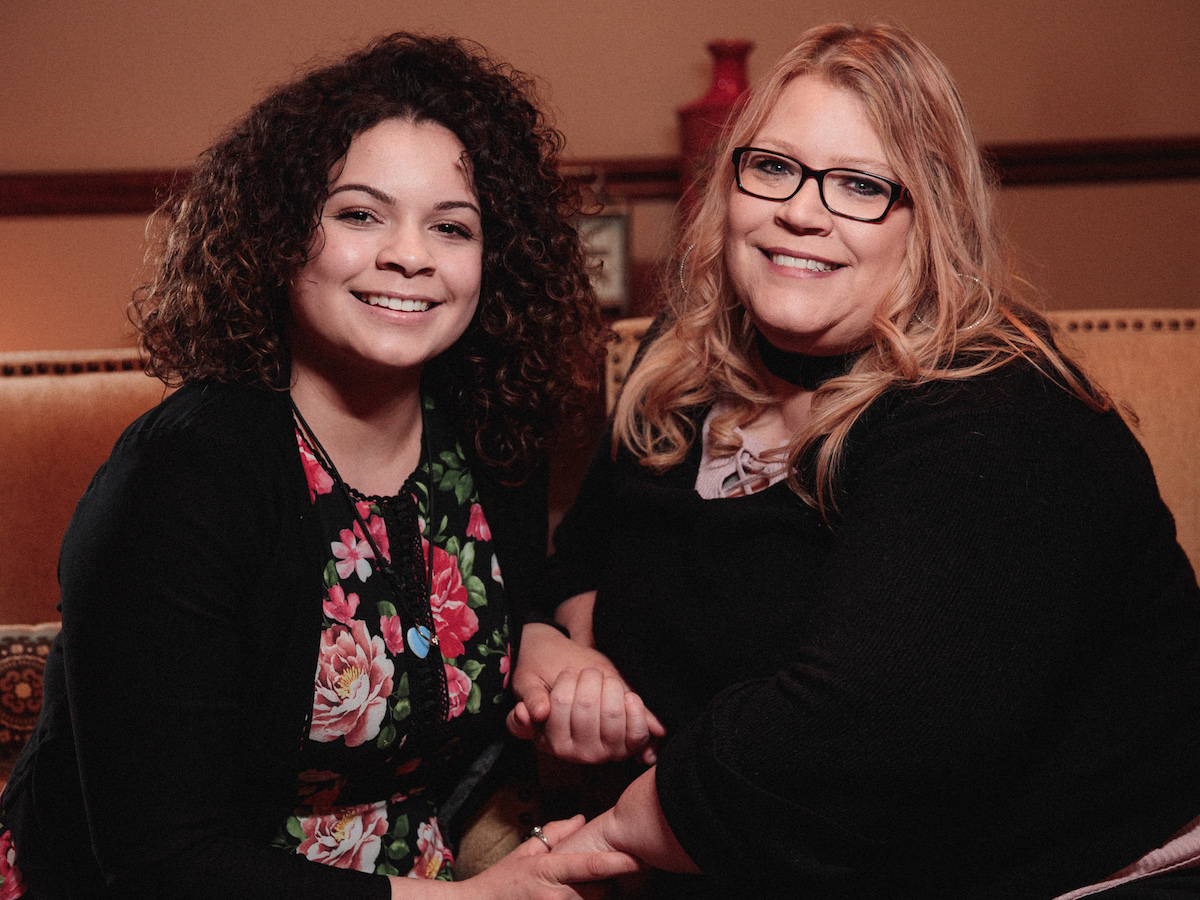 “(She) should have been looking for colleges, being a teenager and having fun,” said Elizabeth’s mom, Kristin.

Elizabeth was a 17-year-old high school student enrolled in the nursing program at the Eastland-Fairfield Career & Technical Schools when Kristin was diagnosed with breast cancer in June 2014.

Drawing on her love of family and her passion for nursing, the teen quickly went to work taking care of her mother and her younger sister, Amy. In recognition of her efforts, Elizabeth is one of four 2018 Step Up For Stefanie Champions, the annual award given by the Stefanie Spielman Fund for Breast Cancer Research that celebrates exceptional caregivers. The four champions will be honored during the Step Up for Stefanie’s Champions Walk/Run on April 21.

“I’ve always looked up to my mom—she’s a single mom and she always took care of us and we’re super close. She was invincible in my eyes,” Elizabeth says.

Elizabeth was scared when Kristin began her treatments at the Stefanie Spielman Comprehensive Breast Center, but her natural talent for nursing soon took over.

“It took about a week for it to sink in. And then I said, ‘OK, my mom is my mom and I love her, but now she’s my patient and whatever she needs and whatever I can do for her, I’m going to do.’”

Elizabeth made good on her pledge, waking up early to help with the household chores and taking care of her sister while holding down a part-time job and driving Kristin to all of her doctor’s appointments and chemotherapy treatments.

Elizabeth’s commitment to her education continued during her mom’s battle, and came in handy when one of the wounds from Kristin’s surgery didn’t heal properly.

Before and after school, and then again at night, Elizabeth carefully and expertly re-packed the wound.

“I was so impressed with how she handled all this,” Kristin says. “She did it with such professionalism and kindness.”

Then again, Kristin wasn’t surprised that Elizabeth was there for her and Amy when they needed her.

“She’s always been a caring person and my best friend,” Kristin says. “She doesn’t think she did a lot for me, but she did so much and made so many sacrifices. We were always close and now we’re even closer.”

Caring for her mother reinforced Elizabeth’s decision that nursing is the right career path. She’s now 21 and is working to complete her nursing degree at Columbus State Community College with the longer-term goal of earning a BS in nursing. She’s not sure what area she will eventually specialize in, but oncology and acute care are currently at the top of her list.

“It was hard to watch my mom go through what she went through,” Elizabeth says. “But it made me stronger and feel more confident that if I can take care of the person I love the most in the world, I can help other people.”