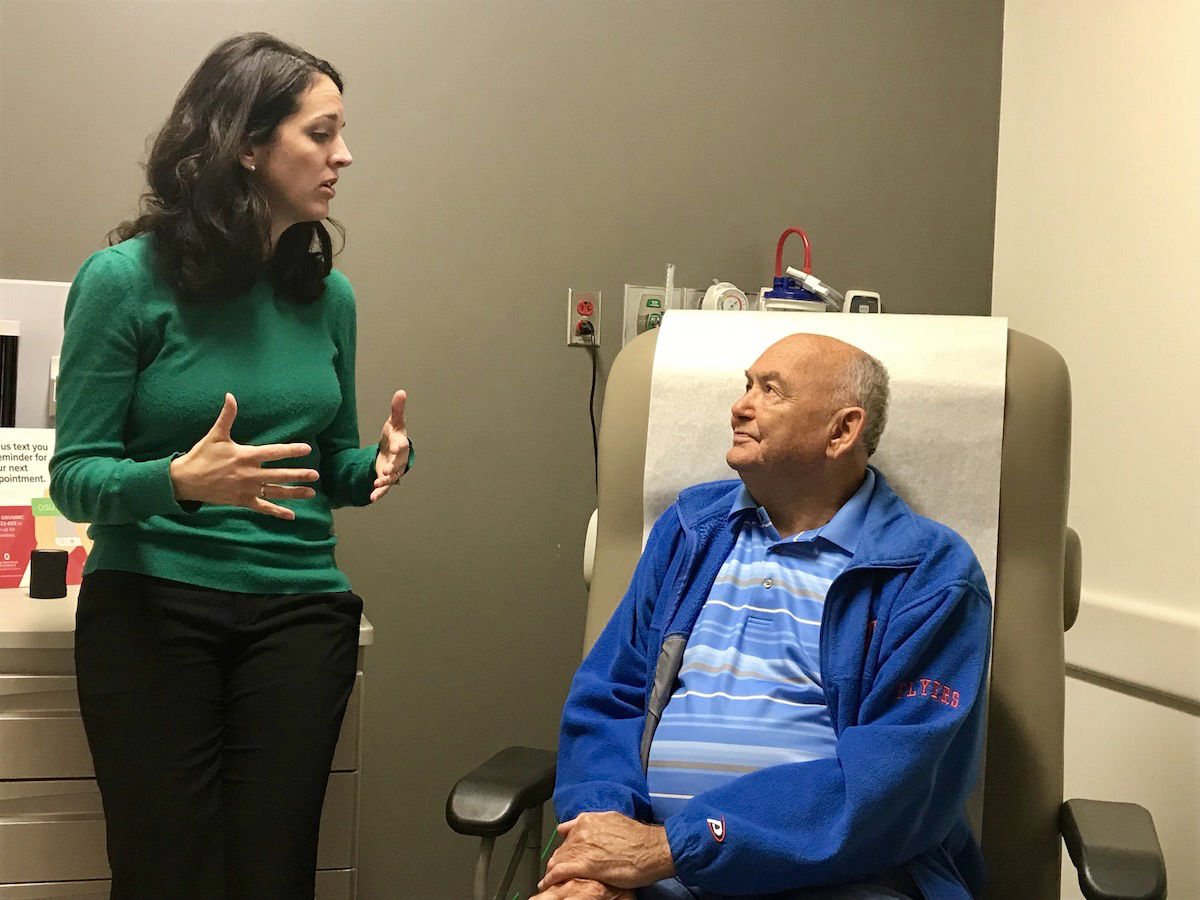 Ashley Rosko, MD, knew from an early age that she wanted to be a doctor. What she didn’t know, even in medical school, was which field would be her best match.

“I’m very data-driven, I always think that way, and knew I wanted to be an expert in something,” says Rosko, who attended the Wright State University Boonshoft School of Medicine.

And then something happened…

“We were taking care of a patient and couldn’t determine what was wrong with him,” Rosko says. “An oncologist swooped in and did some extra testing and determined the patient had acute leukemia.”

Skip ahead about 15 years, and Rosko is an expert in multiple myeloma and other blood cancers, and is the Director of the Blood Cancer & Aging Program at The Ohio State University Comprehensive Cancer Center – James Cancer Hospital and Solove Research Institute (OSUCCC – James). Her ability to absorb information and find solutions to improve outcomes for patients are two of the many reasons Rosko has become an expert in her field, and why she’s been named the OSUCCC – James June Physician of the Month.

“I knew I wanted to do oncology and see patients and focus on the science and complexity of cancer,” says Rosko, who was able to take on all these challenges during her hematology/oncology fellowship at University Hospitals Case Medical Center in Cleveland.

While she was at Case Medical Center, two things happened that led Rosko to the OSUCCC – James.

The first was something she observed in the clinic. “With patients with blood cancers (many of whom are elderly), the issue of giving more or less intensive chemotherapy was based on their age, with the assumption that someone in their 70s couldn’t tolerate as much therapy as someone in their 50s or 60s,” Rosko says.

However, she believed a person’s specific physical and mental capabilities—rather than their chronological age—were better determining factors for treatment levels. This planted a seed in her mind: a clinic for older blood cancer patients that would treat each and every patient based on his or her physical and mental state.

The second turning point came when John Byrd, MD, the co-leader of the Leukemia Research Program at the OSUCCC – James, came to give a lecture. Byrd is one of the world’s leading experts on chronic lymphocytic leukemia (CLL).

“I had a chance to meet him and tell him a little bit about my CLL research,” Rosko says. “He asked questions and was so positive and it was such a memorable interaction with such a great researcher.”

Byrd invited Rosko to come to the OSUCCC – James to give a lecture—and to interview for an opening in his department.

“How could I pass up such an amazing opportunity?” Rosko says. “I said that I wanted to come here and work with older blood cancer patients. John said we don’t really do that—separate it out like that—but he was very supportive and said there’s no reason we can’t do that.”

Rosko came to the OSUCCC – James in 2013 and began seeing and treating patients in her multiple myeloma clinic from all over Ohio and beyond. She also began to build the foundation and the team that would ultimately become the Longevity Clinic.

“We opened in 2016 and see patients one day a month,” Rosko says. “It’s all about the team and the team approach with our patients.”

Rosko’s team can address a wide range of issues, including drug toxicity and interactions; and strength, balance, cognitive, hearing and nutritional issues. They serve as consultants and work with the other blood cancer doctors at the OSUCCC – James.

“There are very few cancer centers with this type of longevity clinic,” says Rosko, who believes this will change in the coming years. She and her team now see patients in the their 60s, 70s and older, and will soon expand the clinic to operate two days a month.

Rosko is also working with colleagues across the OSUCCC – James to further expand the Longevity Clinic to include solid tumor and breast cancer patients.

“We want to grow and one day have our own facility for the Longevity Clinic,” Rosko says. “The goal is for every patient at The James to be part of it.”